St. Mary of the Angels 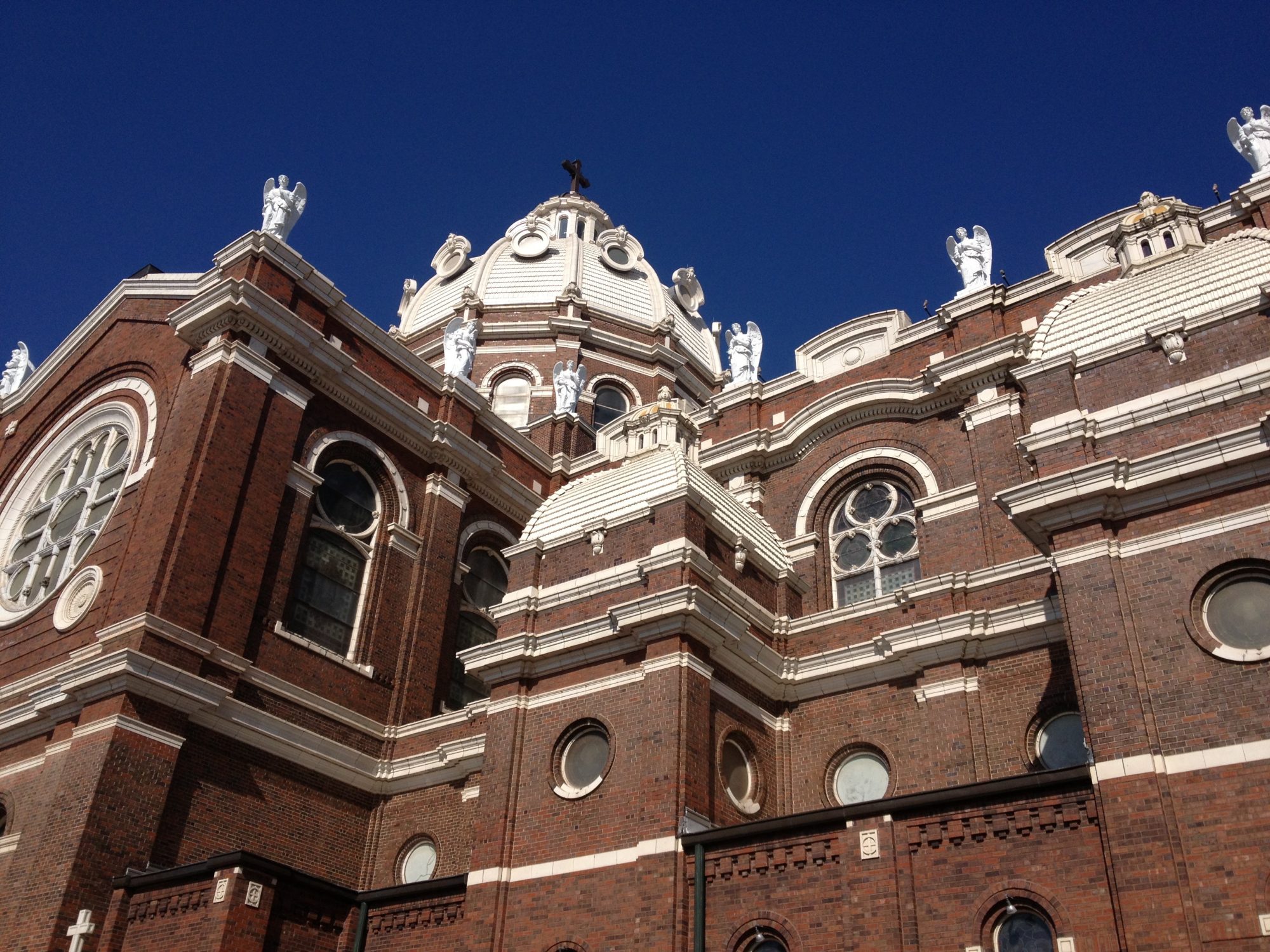 St. Mary of the Angels hired Fortune Restoration as an interior painting contractor to complete painting services throughout the Church interior. This interior painting restoration was one of the most involved and elaborate projects Fortune Restoration has completed. The detail to the interior finishes and the heights these Chicago paint contractors had to go to, to fully restore the elegant and elaborate designs was striking. Properly building a scaffolding system in the interior of the church was not the only achievement, protective netting also had to be installed to protect many of the statues throughout the Church. Replicating the original Church restoration, Fortune Restoration has given this Chicago Church a refreshing finish.

The first pastor, Rev. Francis Gordon laid the cornerstone of the first building of what has become the parish school on July 2, 1899. The three-story brick building was designed in the Renaissance style by Henry J. Schlacks and completed at the cost of $65,000. The basement contained meeting rooms, a gymnasium, and an auditorium. Twelve classrooms and convent quarters were constructed on the main floor; the church was located on the second floor; and living quarters for the priests were constructed in the attic. The dedication ceremony was led by the Archbishop and was witnessed by a crowd of 20,000 including the mayor, Carter Harrison.

On February 15, 1900 four Sisters of the Congregation of the Resurrection opened St. Mary of the Angels School with an enrollment of 425 students. In 1905, the new building at 1849 N. Hermitage became the home of the novitiate for the Sisters’ order. With the construction of the Kennedy Expressway in 1960, a sizable number of families and students left the parish, and, by 1988, the church building was closed and slated for demolition due to deteriorating conditions.

At the request of Cardinal Bernardin, then Archbishop of Chicago, the priests of the Prelature of Opus Dei assumed responsibility for the parish in 1991. The church restoration started in 1991 with major repairs of the dome, the roofs and the stained-glass windows. Repairs continued in 1997 with the church interior. In 1999, the 100th anniversary of the Parish, the church’s interior decoration was fully restored; the installation of new lighting, new doors and a new sound system was completed. The 26 roof angels, fully rebuilt, are now all present and accounted for, gleaming cheerfully from St. Mary’s roof tops. 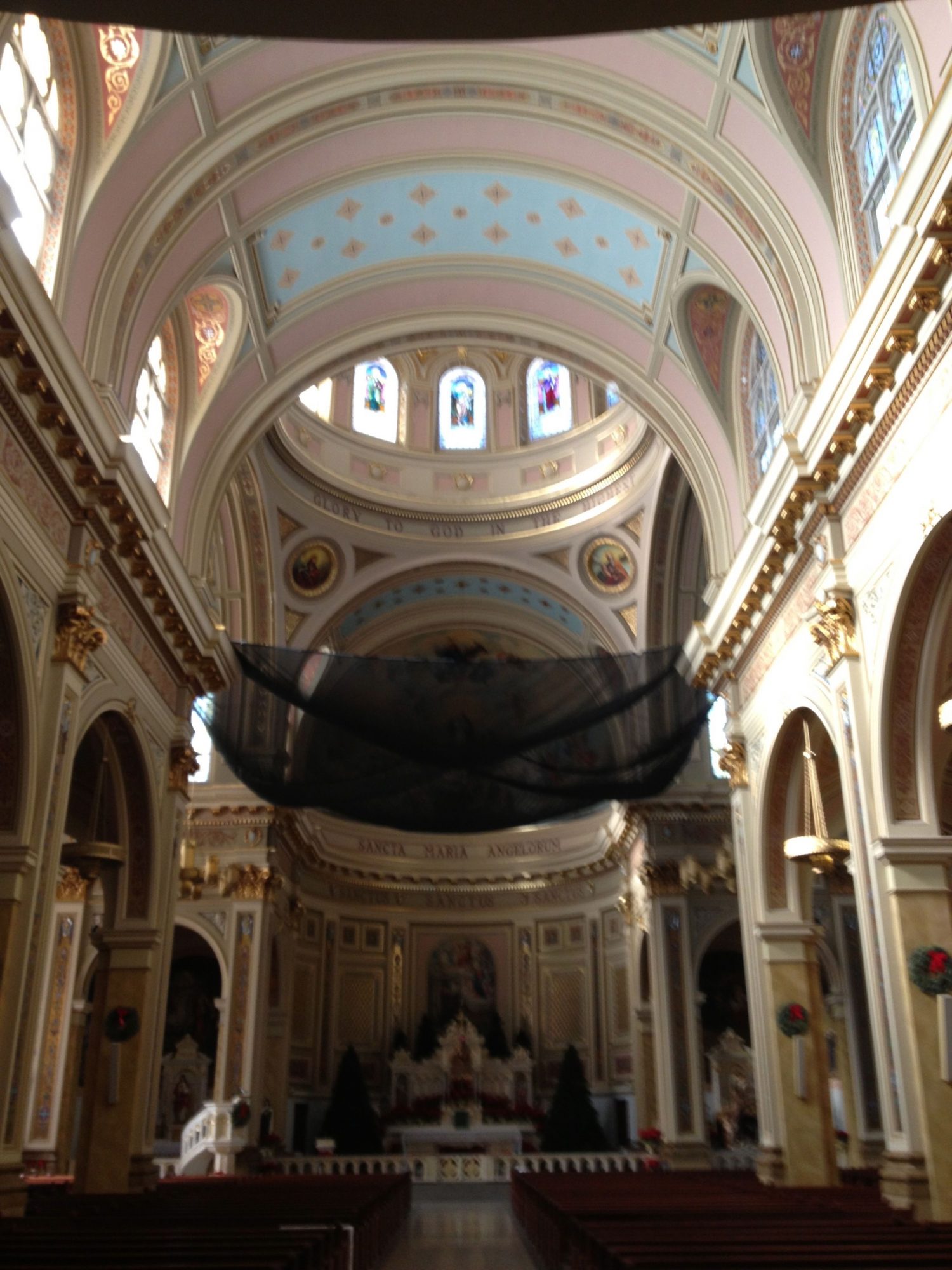 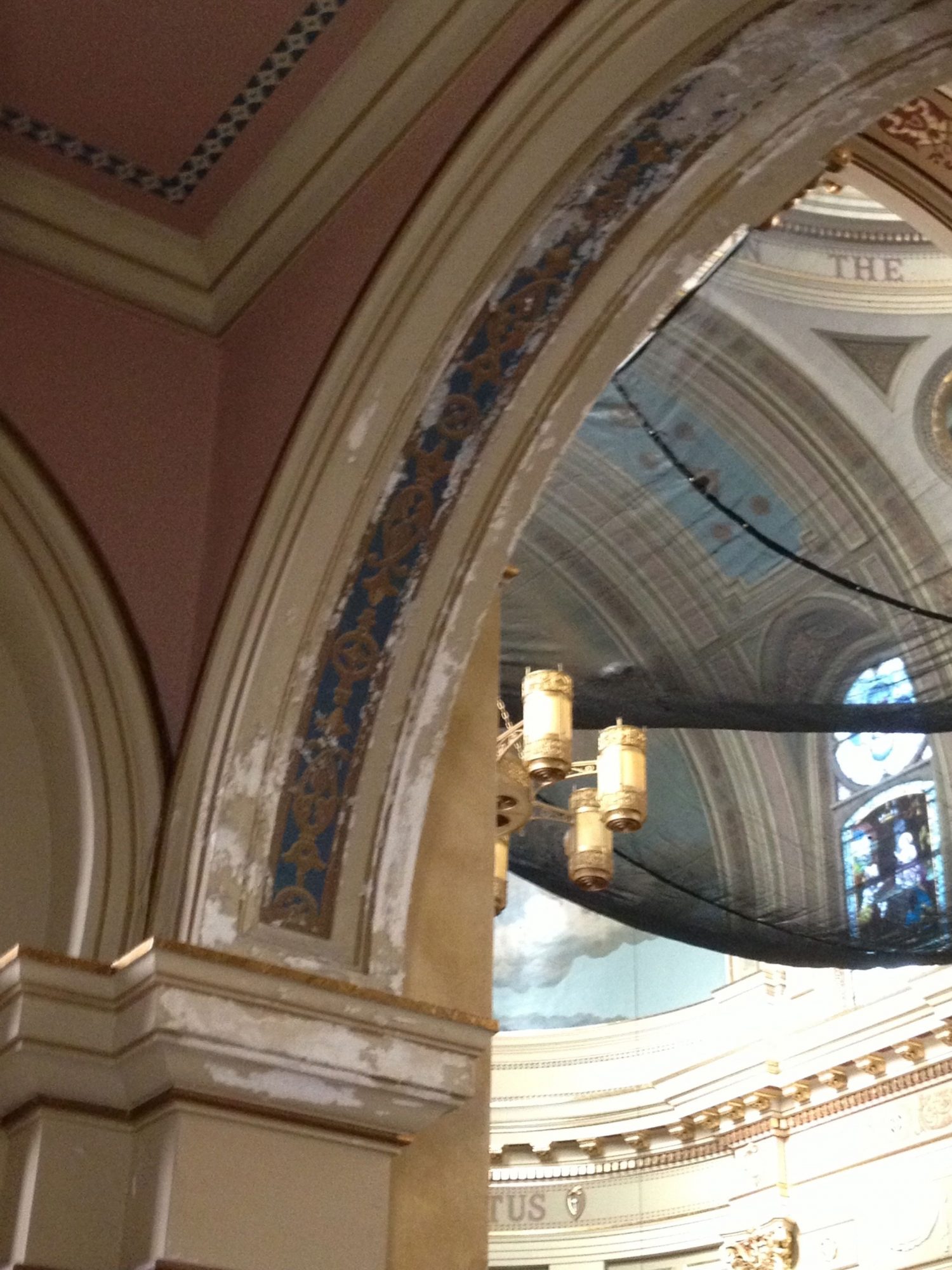 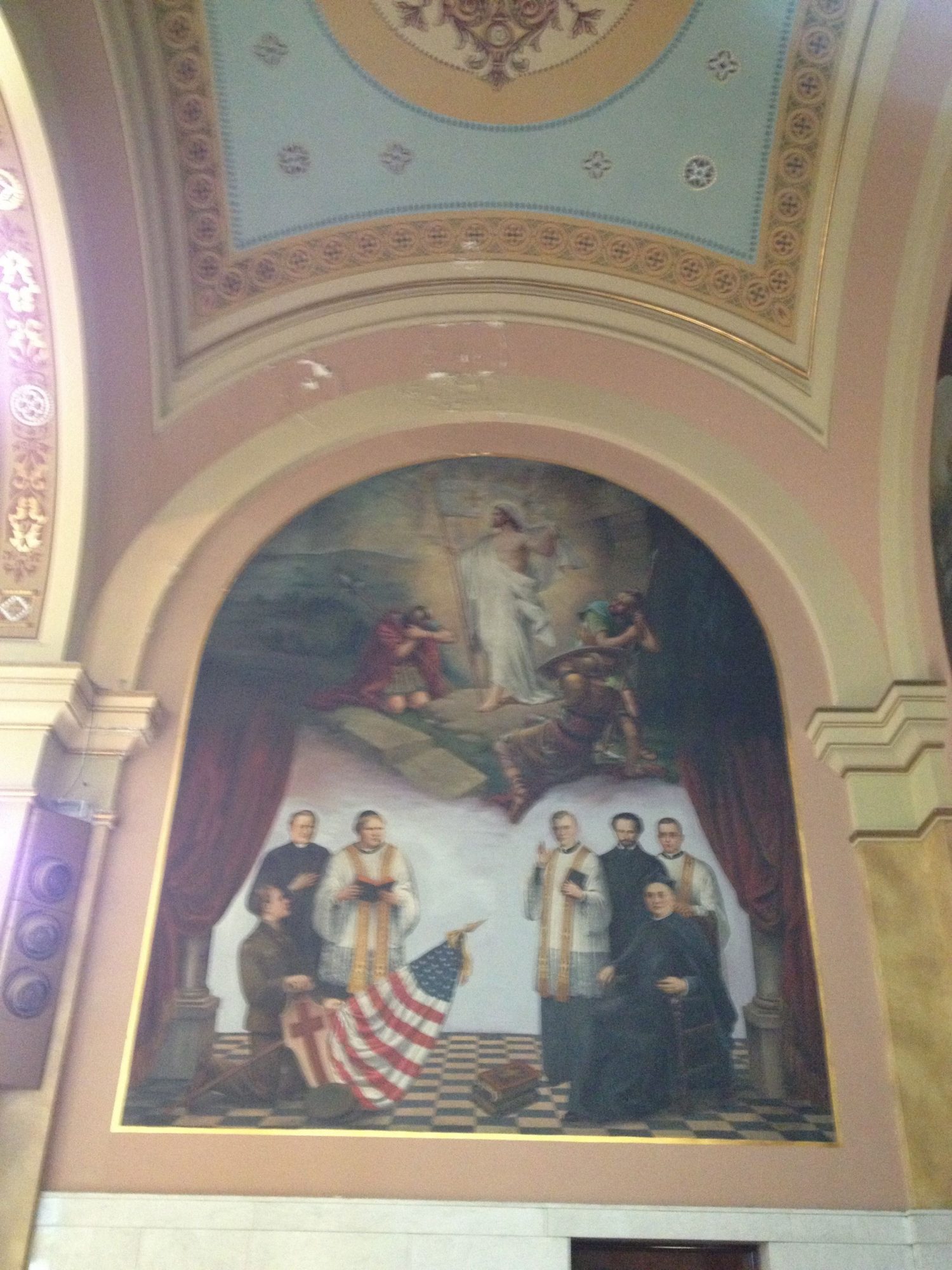 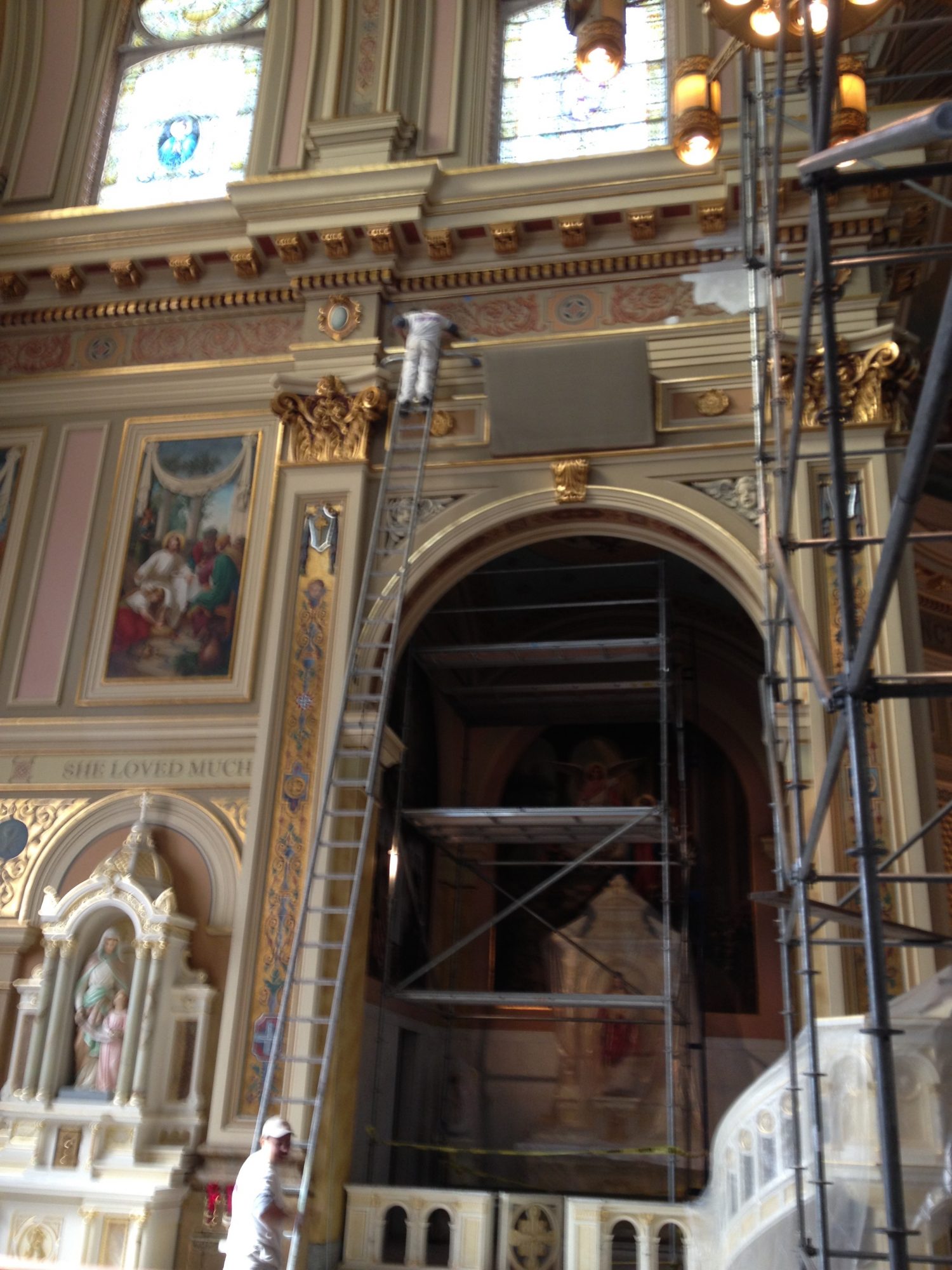 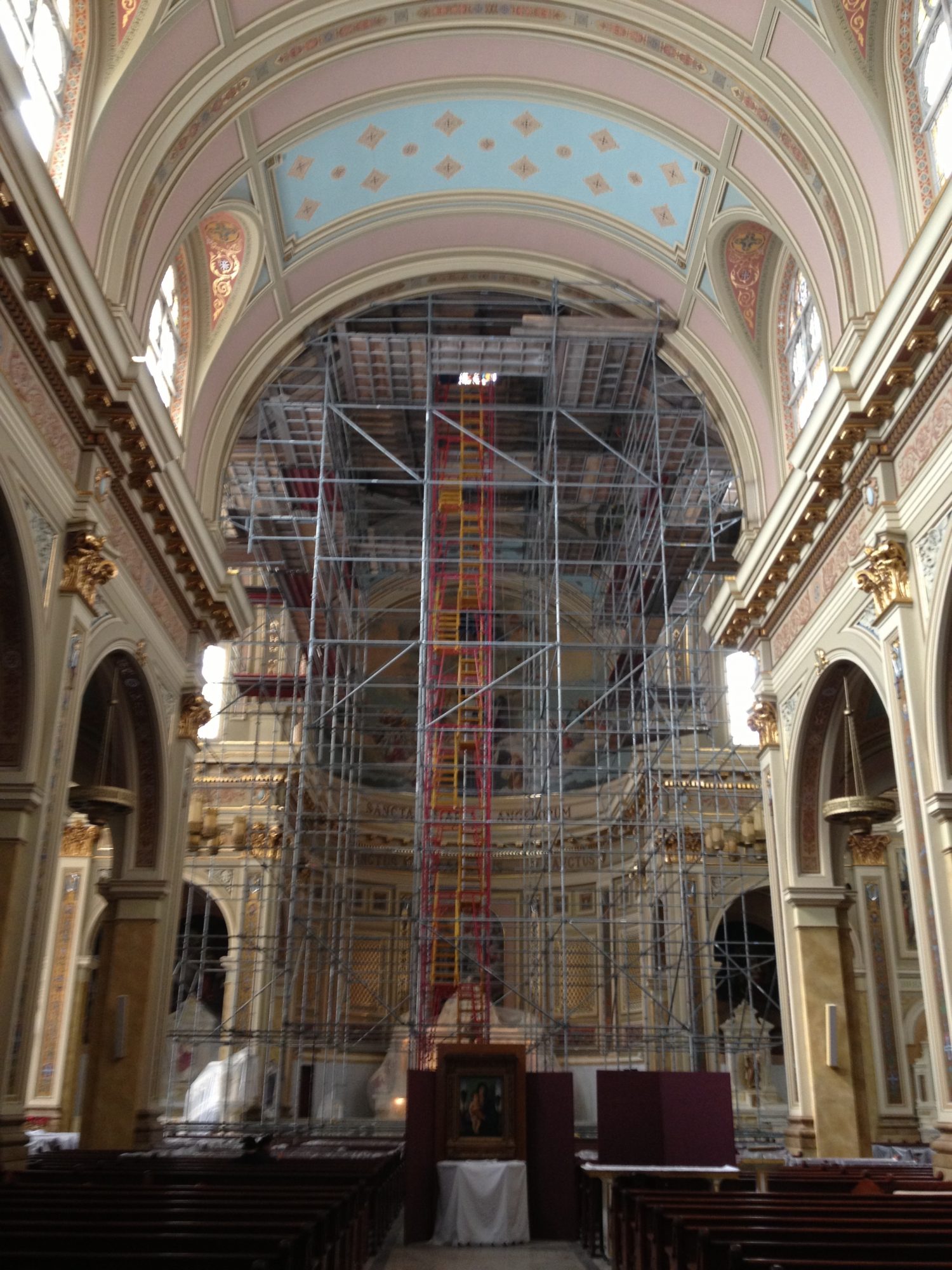 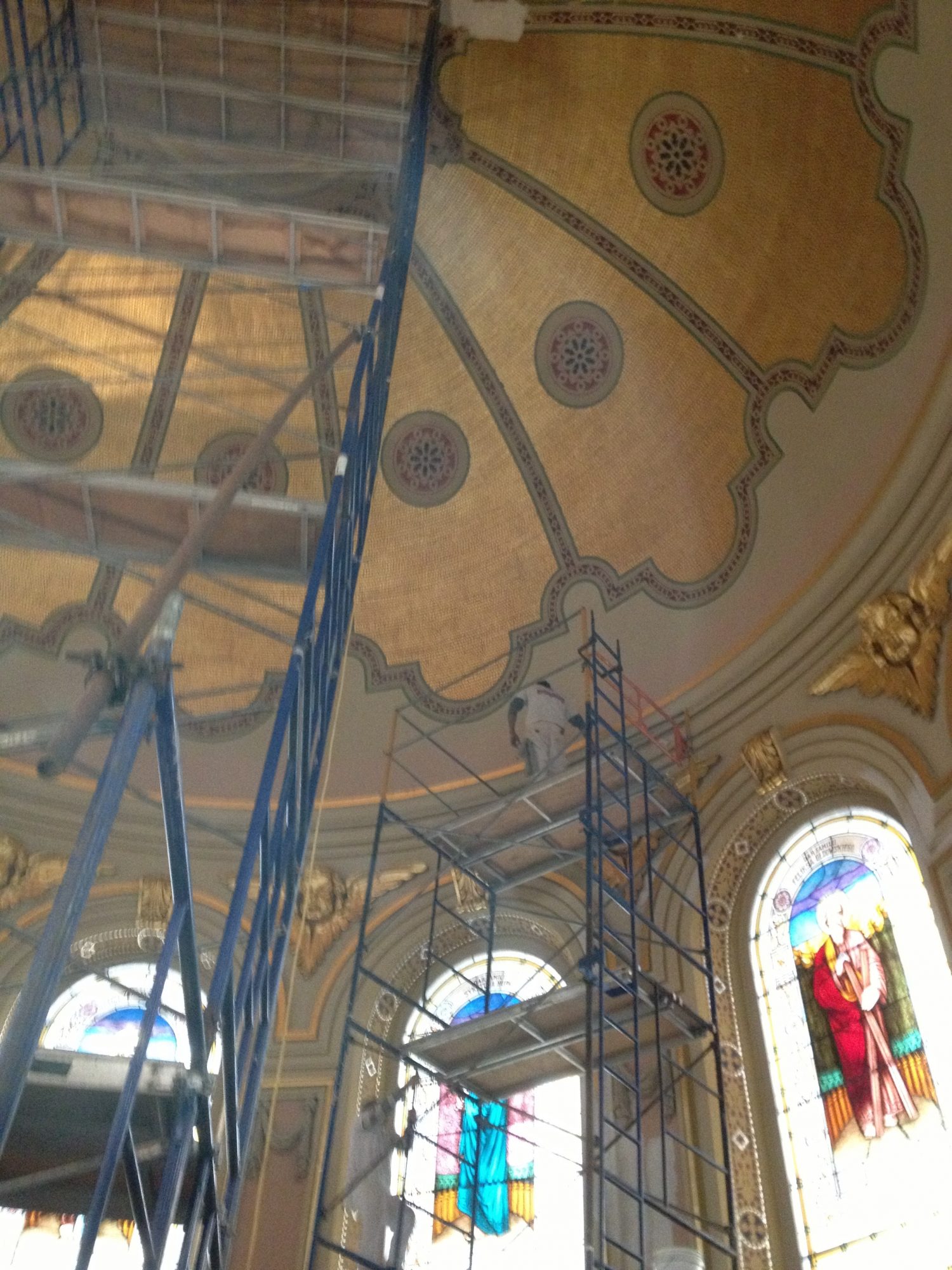 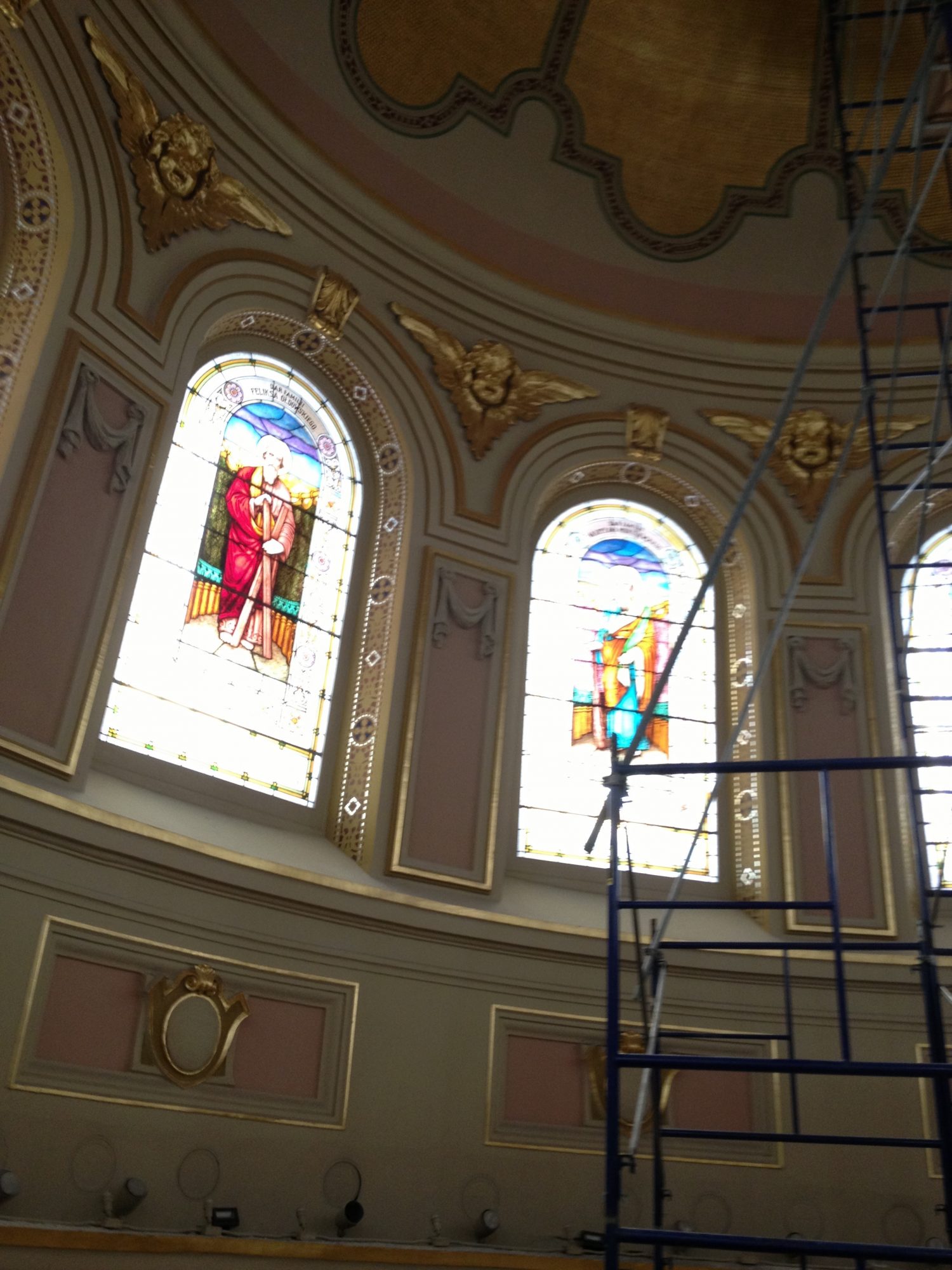 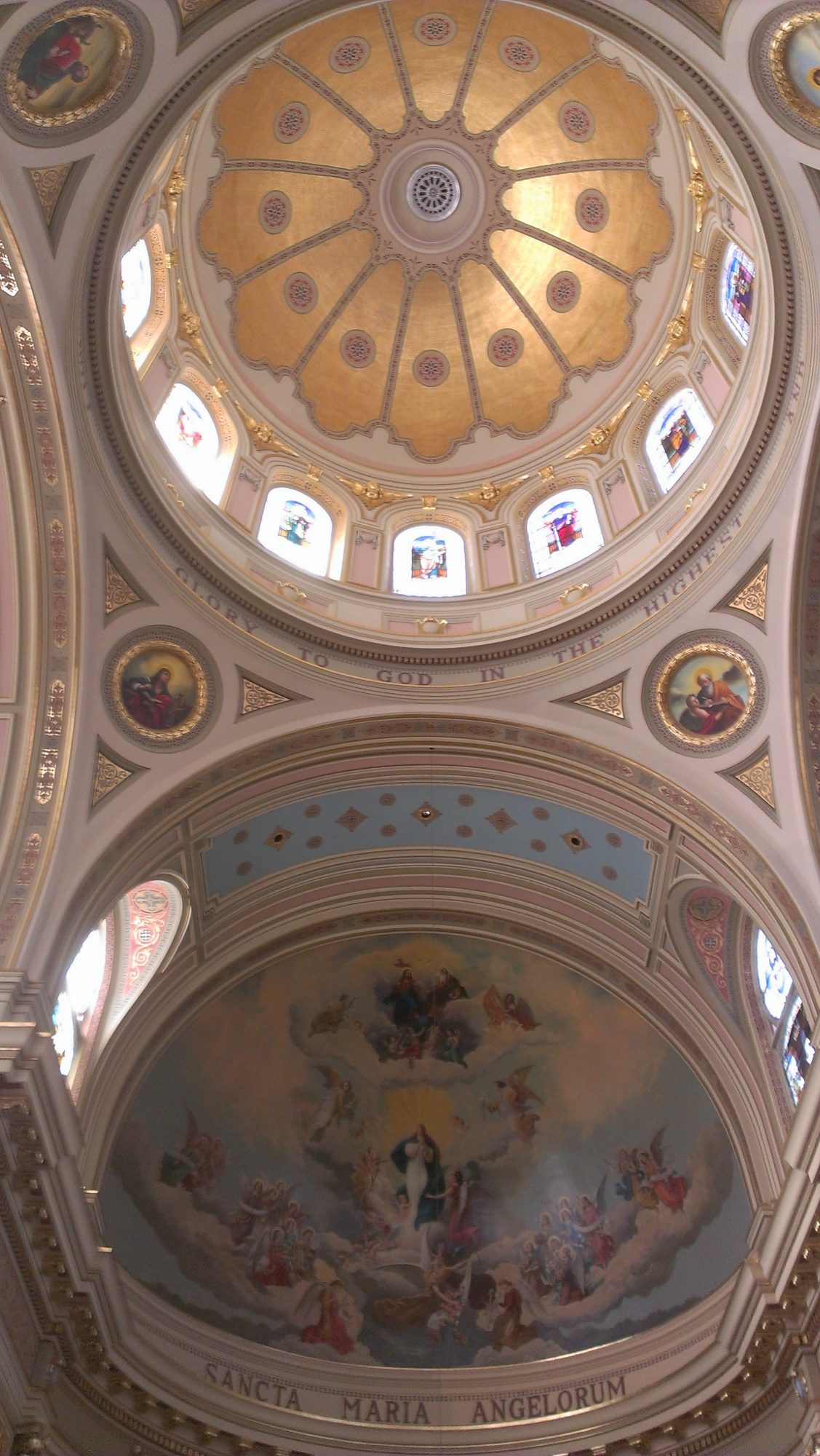 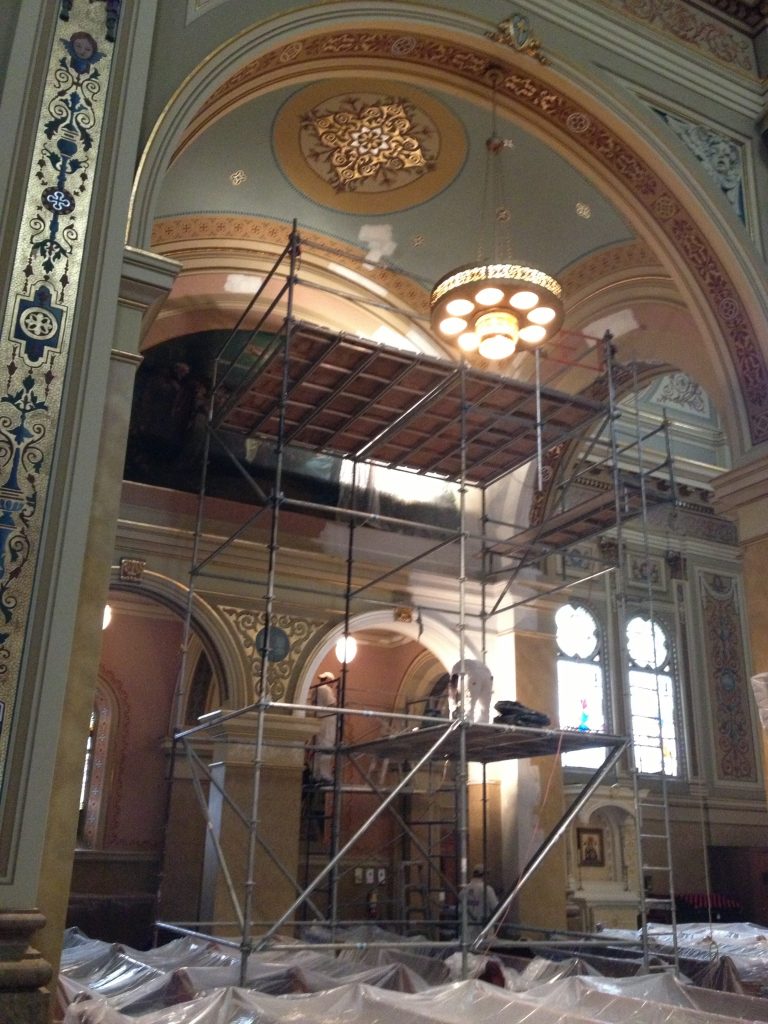 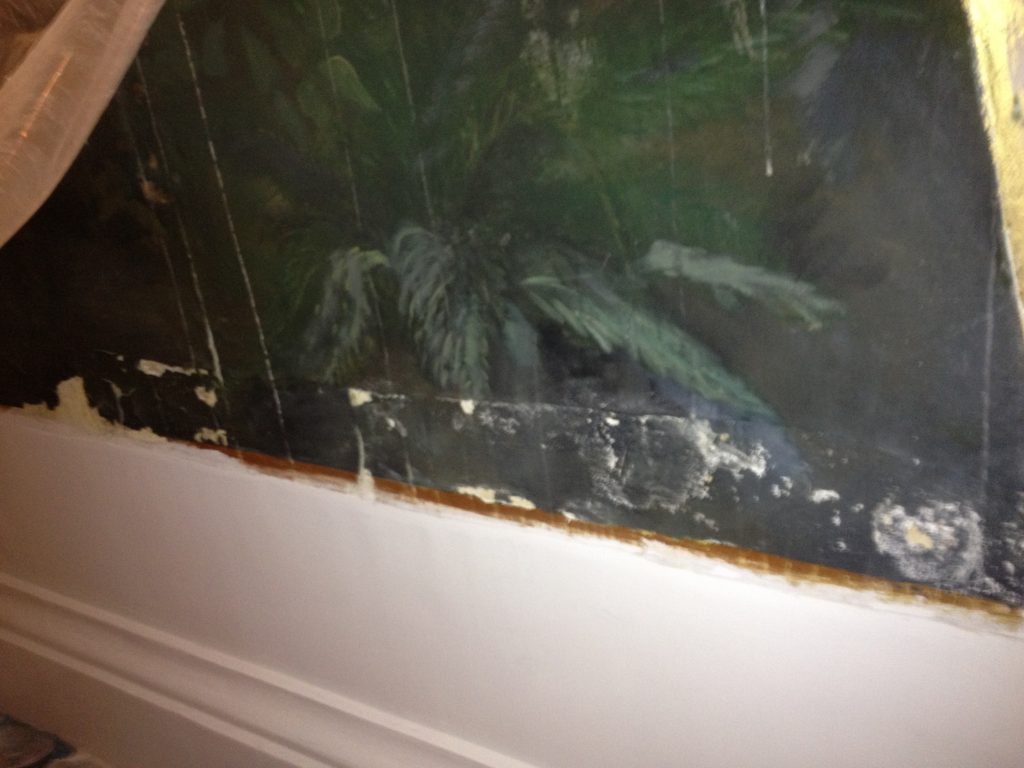 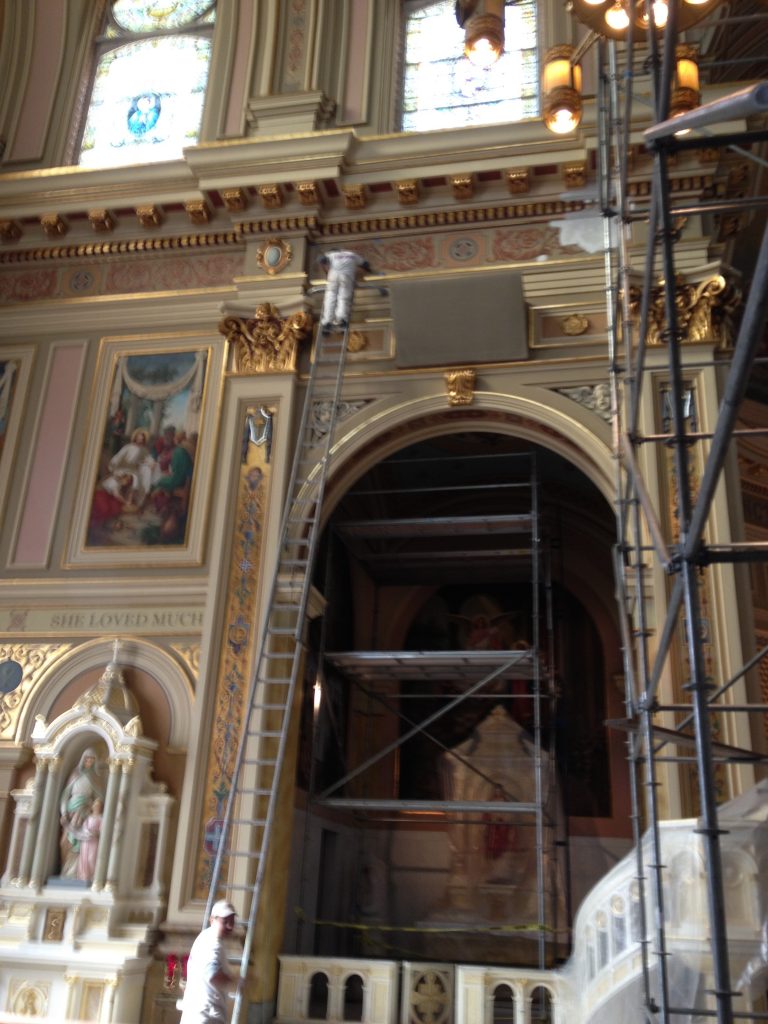 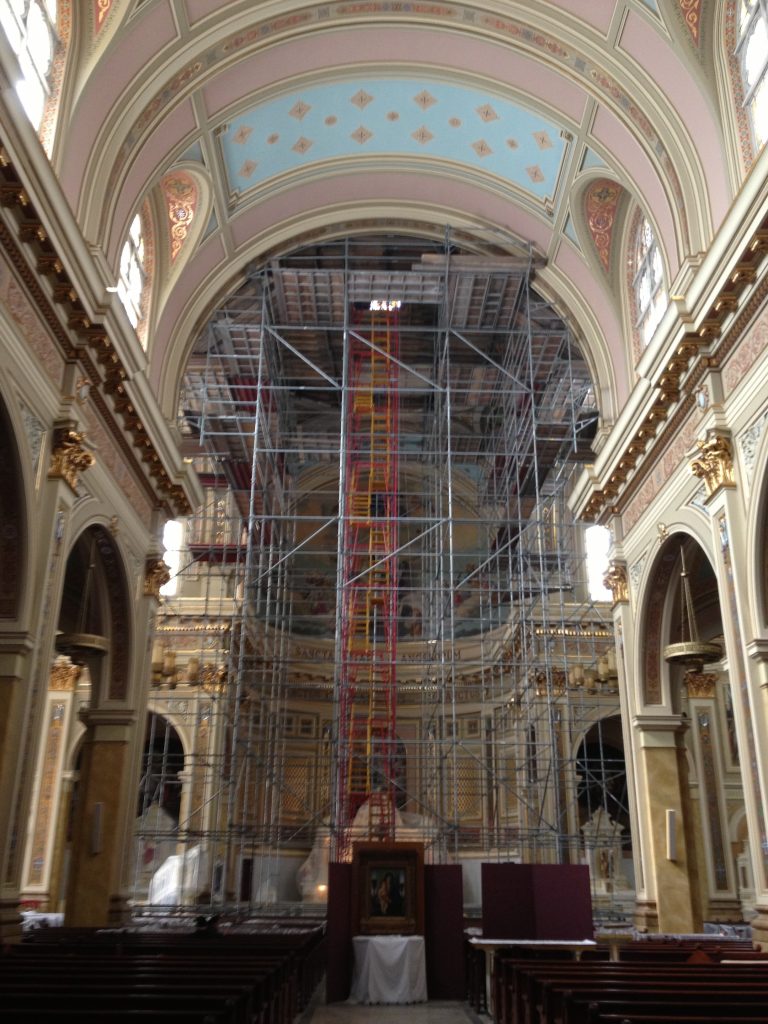 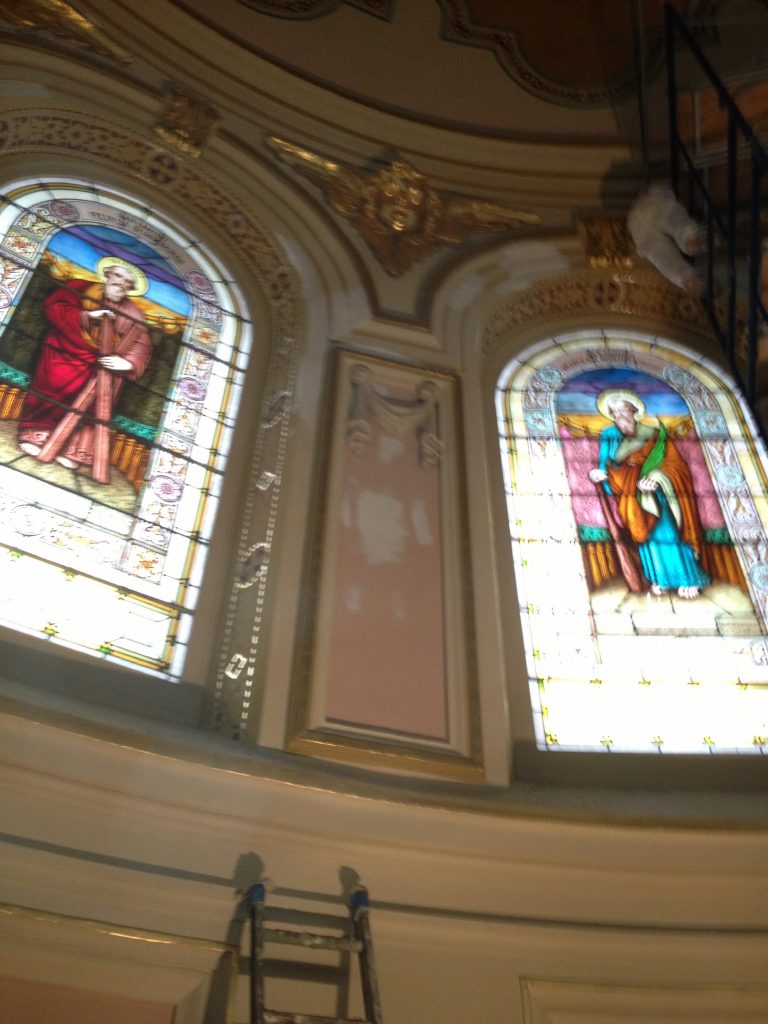 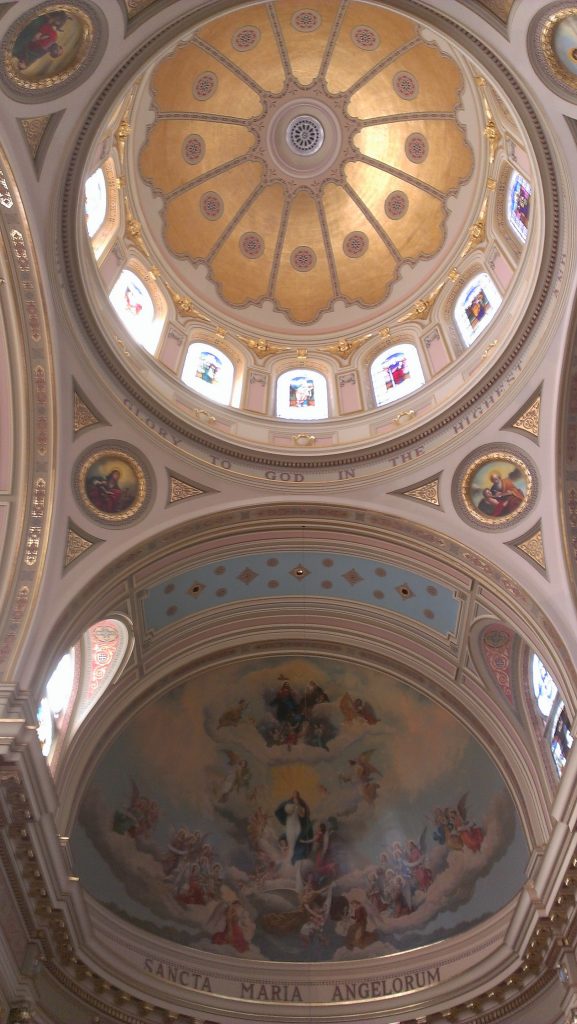