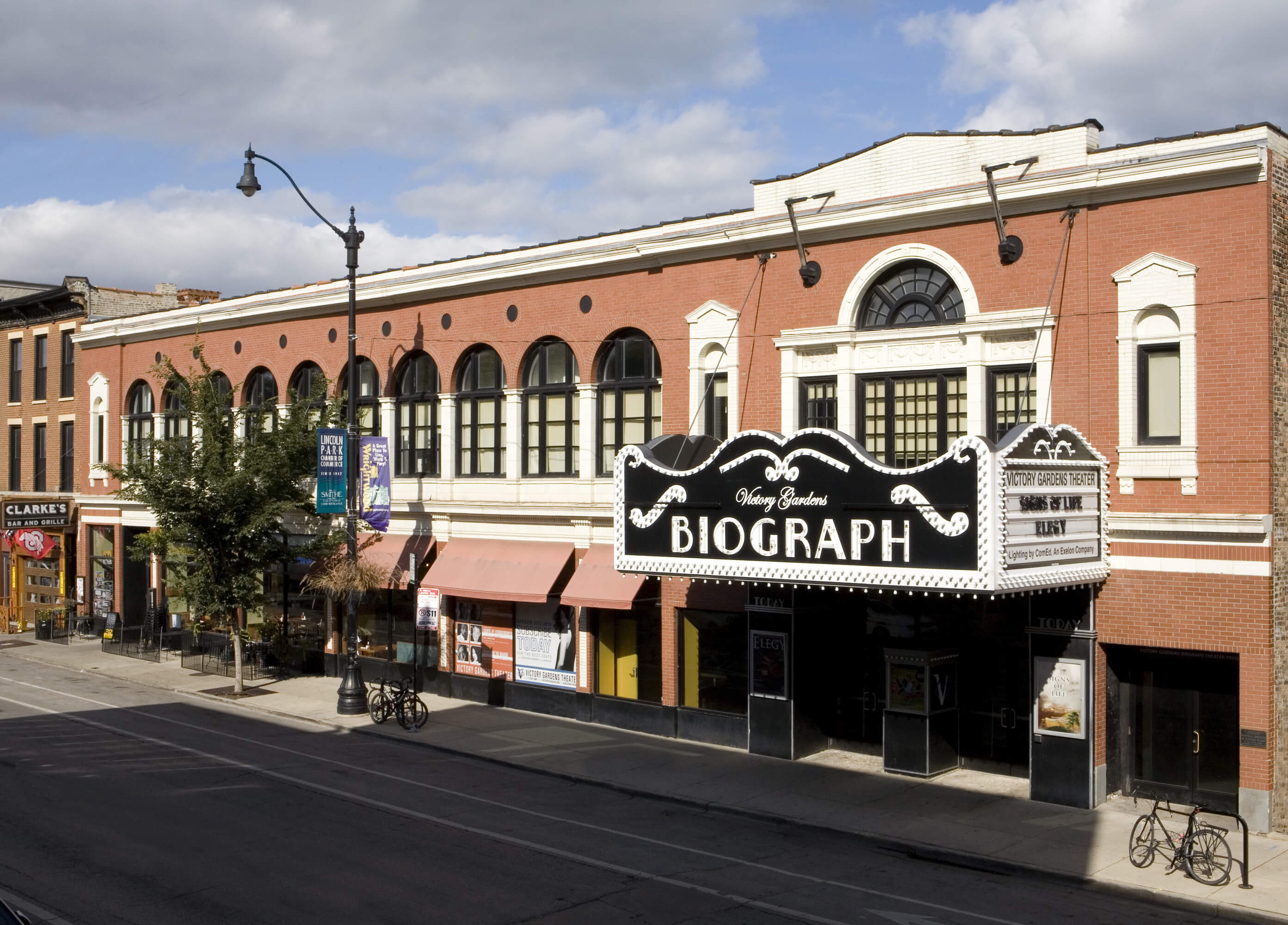 Fortune Restoration was the painting contractor to complete exterior painting along the masonry façade of the Victory Gardens Biograph Theater in Chicago. Fortune Restoration’s painting services restored a little piece of history in this fully renovated historic Chicago landmark theater.

The Biograph Theater, at 2433 North Lincoln Avenue, near Lincoln Park in Chicago, Illinois, was originally a movie theater but now presents live productions. It is notable as the location where bank robber John Dillinger was shot by FBI agents after watching a gangster movie on July 22, 1934.

The theater is on the National Register of Historic Places and was designated a Chicago Landmark on March 28, 2001 Designed by architect Samuel N. Crowen in 1914, the Biograph has many of the distinguishing characteristics of movie houses of the period, including a storefront-width lobby, recessed entrance, free-standing ticket booth, and canopy marquee. The building is finished with red pressed brick and white-glazed terra cotta. In July 2004, after 90 years as a movie theater under various owners.

Chicago’s Victory Gardens Theater announced it had purchased the Biograph for use as a live venue. The theater was completely renovated by architect Daniel P. Coffey, who constructed a proscenium-thrust stage and seating for 299 people. A grand staircase, which was part of the original structure, was restored to lead up to the building’s second floor, housing a studio theater seating 135 people and an adjacent rehearsal/multiple-use space.

The $11 million project for the new theater, styled the Victory Gardens at the Biograph, was completed in the fall of 2006. The new stage is 30 feet (9.1 m) deep and 32 feet (9.8 m) wide, with 16 feet (4.9 m) of wing space on either side. There is an 8-foot (2.4 m) trap space below the stage. There is limited fly space above the stage. There are two dressing rooms and a green room behind the stage. The lobby is wider than in the movie theater days, and the restrooms have been expanded.

View All Historical Landmarks
Next ProjectBirthplace of Walt Disney