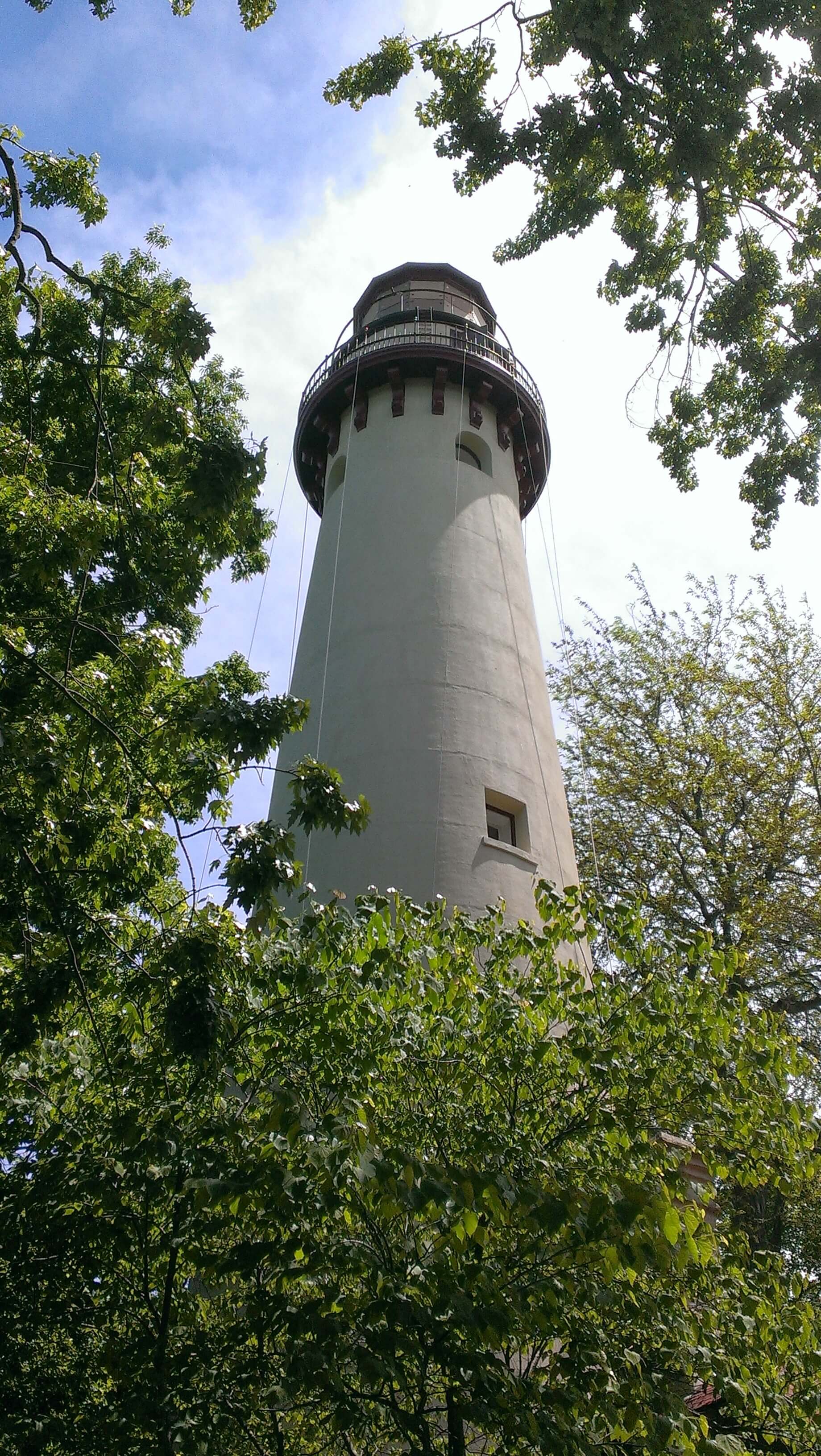 Fortune Restoration was commissioned by the Illinois Department of Transportation to restore the historical Grosse Point Lighthouse in Evanston twice in the last 25 years. In that time frame, Fortune Restoration has been the exterior paint contractor to completely restore the entire stucco exterior of the Evanston lighthouse but was also the masonry contractor to complete work on the keeper’s quarters. The exterior of the lighthouse restoration comprised of stucco repair and recoating, as well as wood and glass replacement and exterior painting of the entire lighthouse in Evanston.

Grosse Point Lighthouse was built by the United States Government in 1873 as the lead lighthouse marking the approach to Chicago after several shipwrecks demonstrated its need. The promontory on which it stands was named Grosse Point (Great Point) by early French explorers and traders in the 17th century.

The project actually began in 1872 under supervision of lighthouse engineer and Civil War hero, Orlando Metcalf Poe. By late summer of 1873, the lighthouse buildings had been completed but it would be several more months before the lantern at the top of the light tower was finished and the illuminating optic installed. On March 1, 1874, traditionally the start of the Great Lakes shipping season, Grosse Point Lighthouse sent its welcome beacon of light over the waters of Lake Michigan for the first time. As constructed the light station was comprised of a keepers’ quarter’s duplex building with an above ground passageway leading to a fuel supply facility and the light tower. The tower stands 113-feet tall and was originally constructed of brick, metal, and glass. However, the exterior brick began to deteriorate and in 1914 a 3 ½-inch facing of concrete was added. The illuminating optic at the top of the tower is a second order Fresnel lens, the largest type of optic used on the Great Lakes and one of only five ever installed in lighthouses there. The beam of light from this optic could be seen up to 21 miles over the lake in good atmospheric conditions, and it served both to warn ships of shallow waters around the point and to guide the way into the Port of Chicago. In 1923, the lighthouse was electrified and staff was reduced to two keepers. Then, in 1934, with the installation of a photoelectric device—the first of its kind used to activate a lighthouse – the station was decommissioned (not staffed). In 1935, the lighthouse site became the responsibility of the Lighthouse Park District. 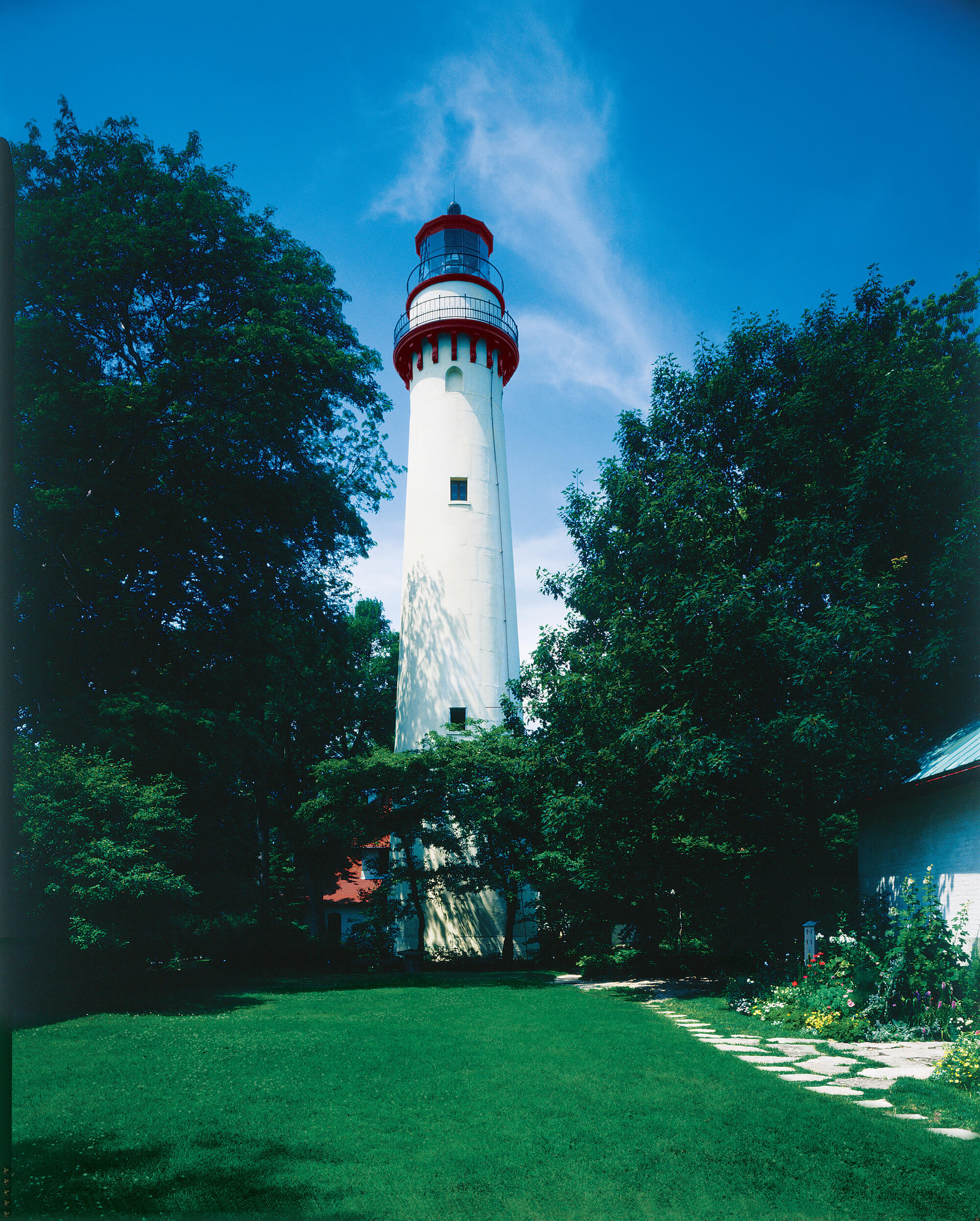 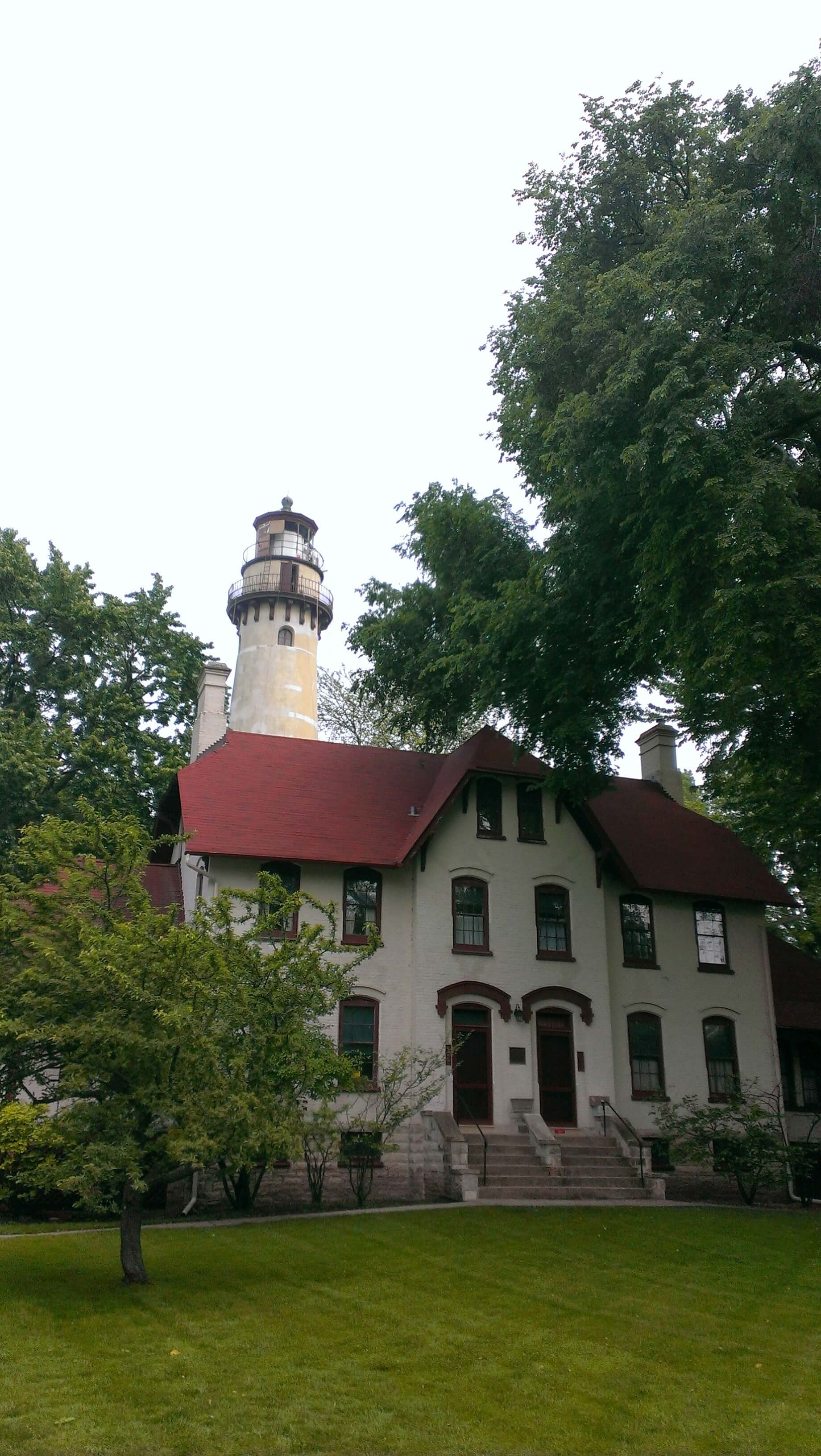 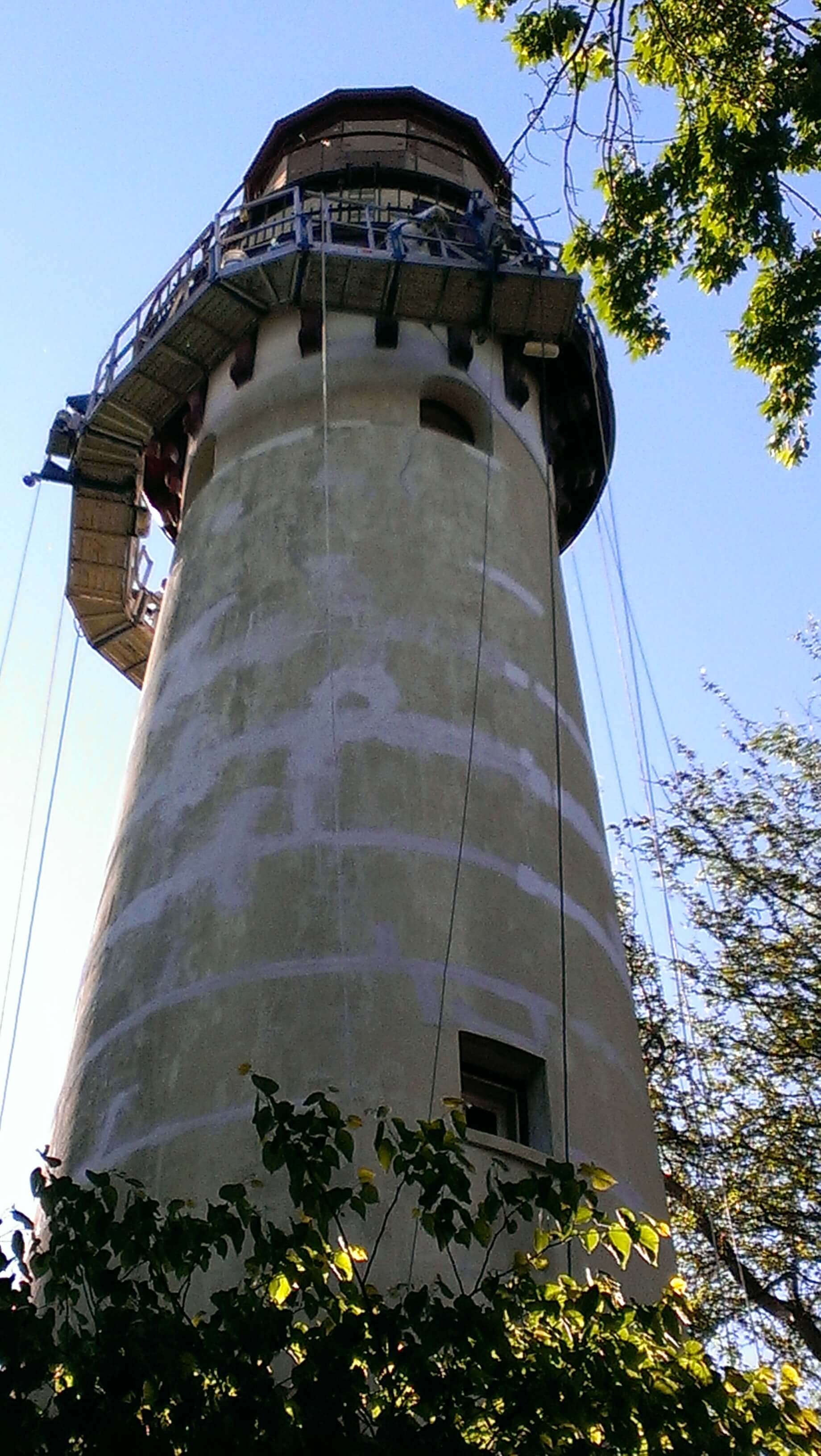