Fortune Restoration has been awarded exterior house painting projects to restore the historic Patterson-McCormick Mansion in Chicago in the last 25 years. Built in Chicago’s Gold Coast neighborhood in 1891, the Patterson-McCormick Mansion has had extensive wood rot replacement to its intricate 120 year windows. Fortune Restoration has completed exterior house painting and exterior carpentry projects to keep the historic Chicago mansion in tip top shape.

The Gold Coast Neighborhood is one of Chicago’s most treasured residential areas with its quiet, tree-lined streets, stately homes and connections to the city’s past. First known as the Astor Street District, in the late 1800’s, it started at North Avenue and ran south along Astor to Division Street, then called Bishop’s Street. Today, the Astor Street District is within the larger neighborhood of the Gold Coast which extends from North Avenue south to Oak Street and from the lake as far west as Clark Street.

As the city of Chicago grew rapidly in the last quarter of the 19th century, Astor Street on the north side developed more densely than Prairie Avenue on the south making more economical use of the land and creating true city houses, abutting one another on their narrow sites. This emphasis on land use also brought high-rise apartment buildings to the neighborhood, made fashionable by second generation Potter Palmers. A few exceptions were made when, for example, Joseph Medill, founder of the Chicago Tribune and former mayor of Chicago, had the largest house on Astor Street built as a present for his daughter, Elinor “Nellie” and her husband, Robert Wilson Patterson, Jr. Constructed in 1893, it occupies the northwest corner of Astor and Burton. The house was later owned by John Wrenn, and then was purchased by Cyrus Hall McCormick, Jr. Cyrus ran the International Harvester Company started by his father who invented the reaper.

However, in 1978 the home was divided into condominiums. From its earliest days, the Gold Coast Neighborhood has been home to many important Chicago families, people who have contributed substantially to the social, cultural and economic history of the city. The Astor Street District is important as a reminder of the history of the city of Chicago. Today’s owners and residents appreciate this legacy and strive to preserve and enhance the quality of life and the beauty of the area. 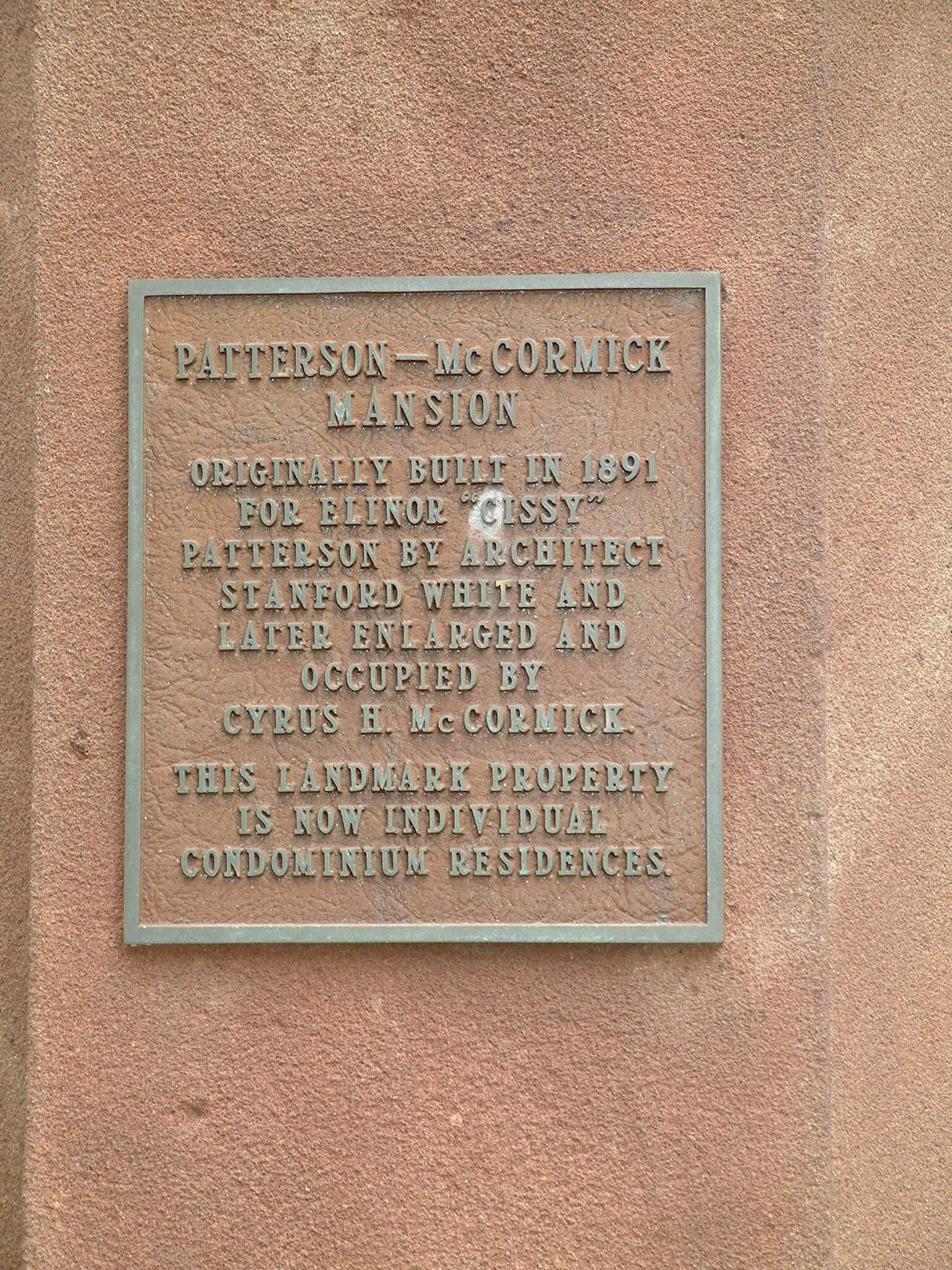