The Observatory’s architect, Henry Ives Cobb, was fond of ornamentation rooted in classic mythology. At Yerkes, he let his imagination roam: everywhere in the structure, both inside and out, the viewer finds hundreds of ornate, often playful representations of animal’s real and fictional, signs of the Zodiac, phases of the Moon, and many other embellishments. The building and its contents constitute a fascinating example of the architecture and technological accomplishments of the late 19th century.

The building is constructed of tan Roman bricks adorned with terracotta designs. The circular window opens into a set of rooms inside the observatory, originally a dormitory for the astronomers (who sleep during the day, and thus don’t need a lot of light). Because of the shape of the windows, these rooms are referred to as “The Battleship.” Various views of the outer wall with ornate patterns of dragons, bulls, and other constellation mythology. When the University of Southern California abandoned the project for lack of funding, Hale urged the University of Chicago to acquire the lenses and construct the telescope and an observatory. He and William Rainey Harper, president of the University, approached transit tycoon Charles Tyson Yerkes, who agreed to fund the facility Hale sought a location close to the University but beyond Chicago smoke and haze. In addition to studying traditional night-time objects, Hale and his colleagues wished to do solar research. John Johnston, Jr., had given the University a 53-acre tract of land, about half a mile north of Geneva Lake. Observing conditions were equally good day and night, and a railroad line already ran from Chicago to Williams Bay, offering easy access to the University of Chicago. The site was chosen and construction began in 1895. 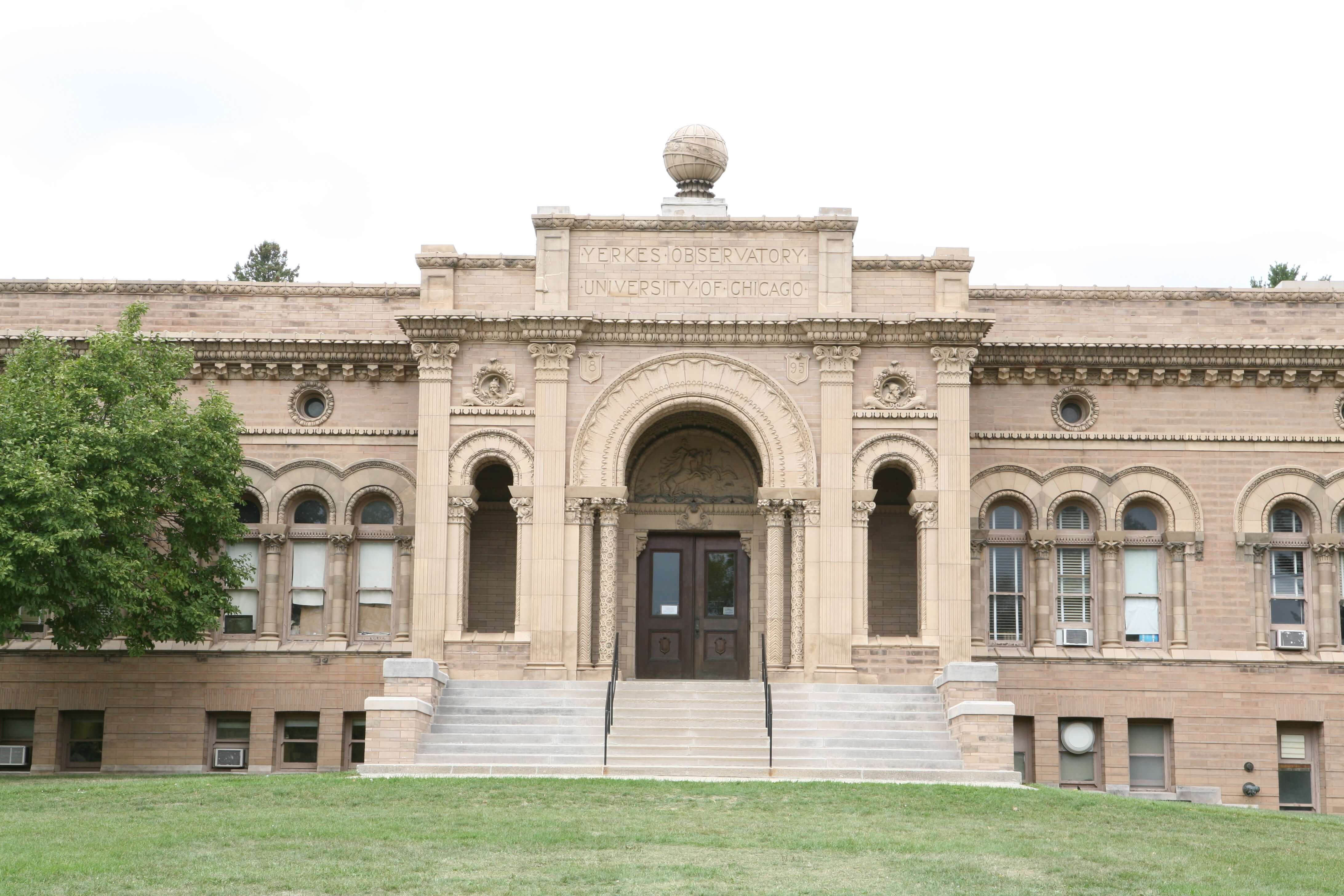 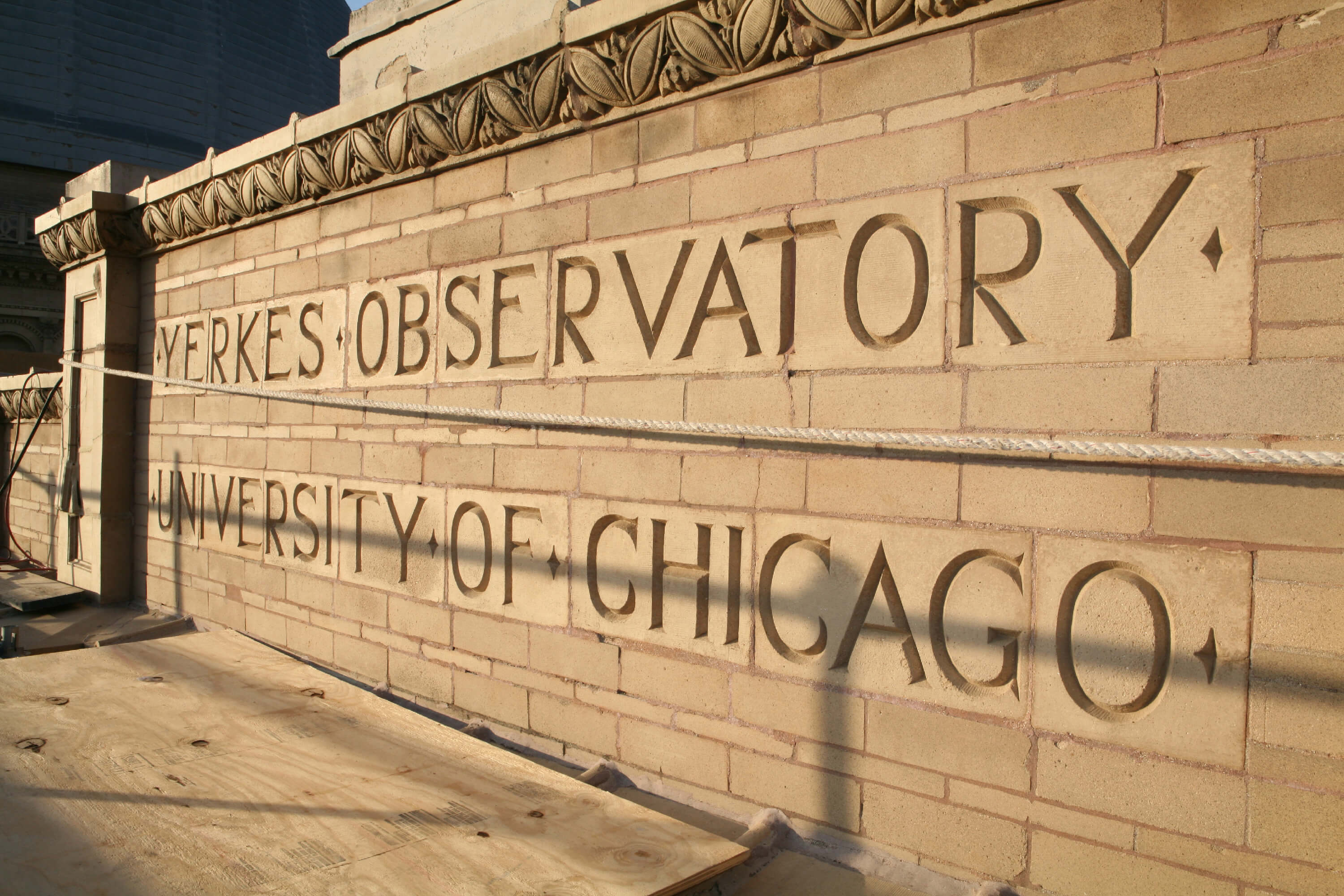 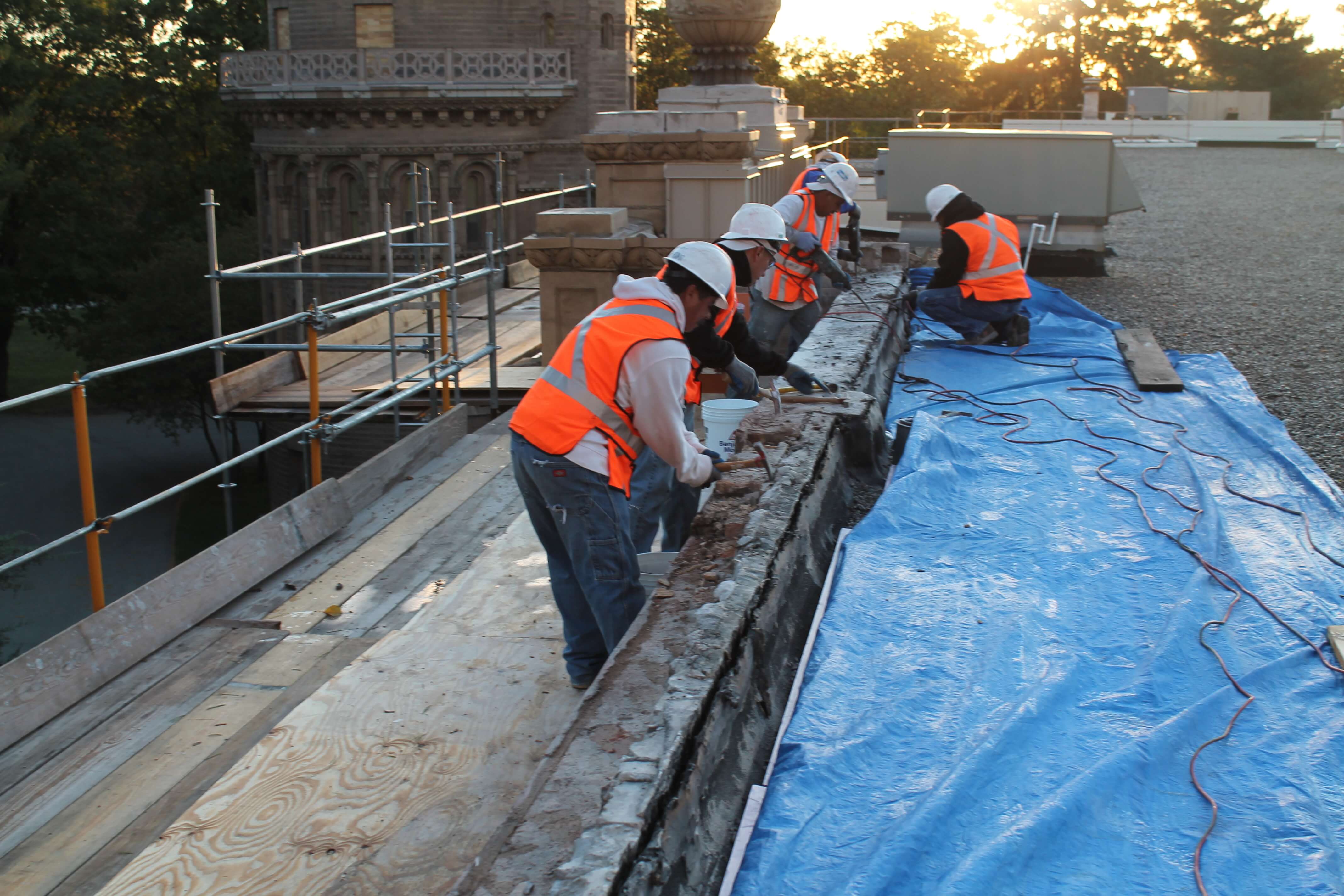 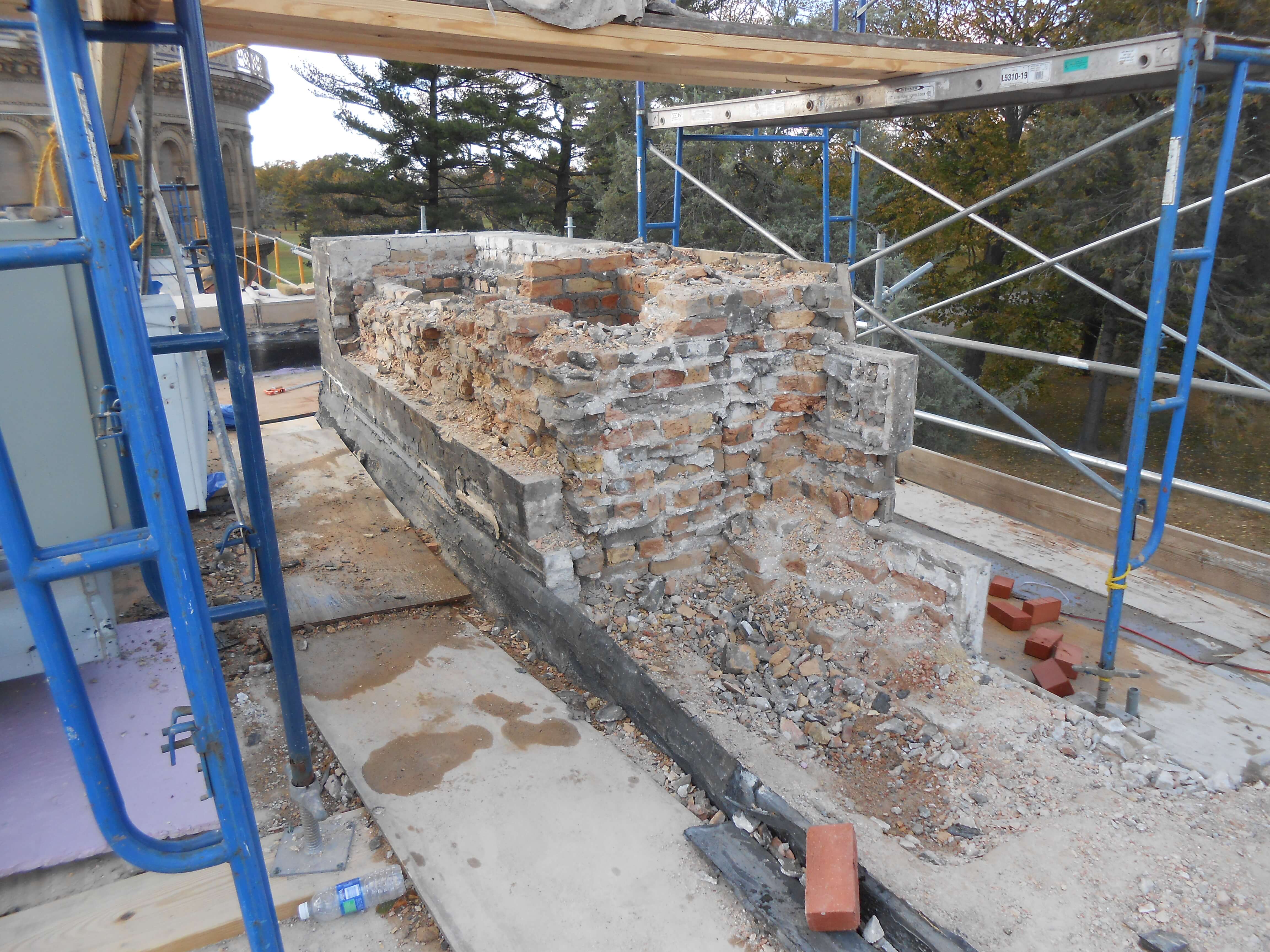 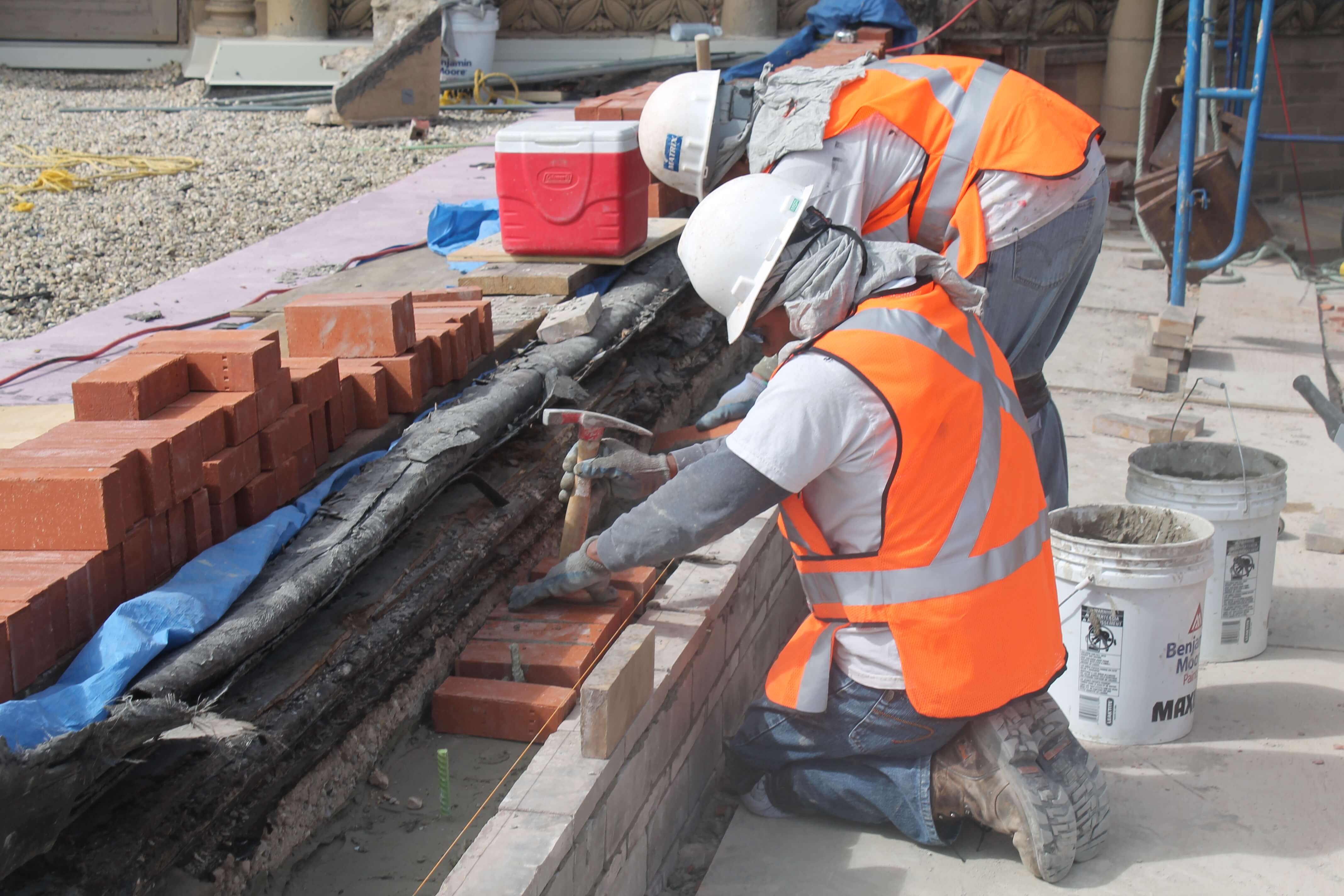 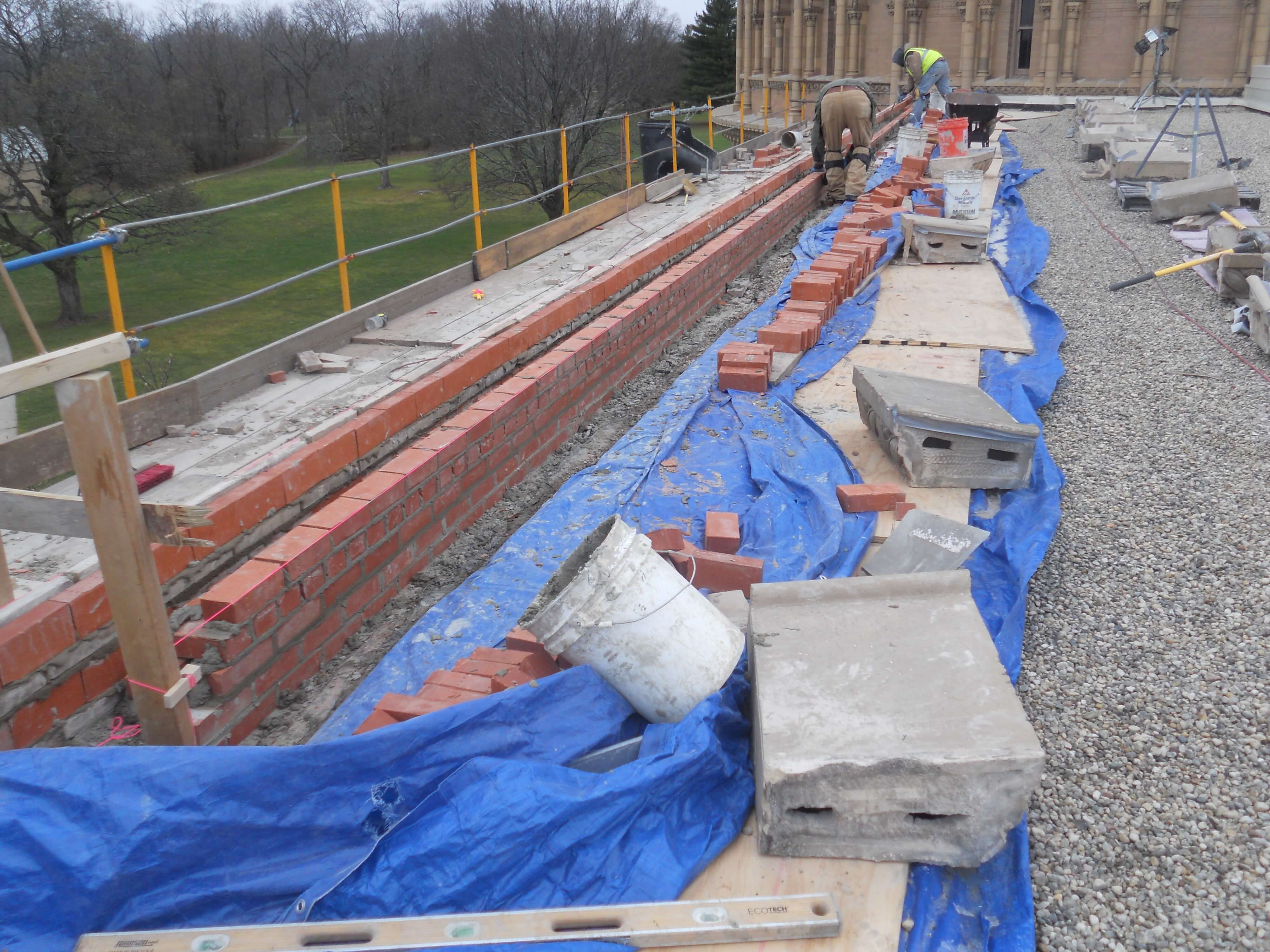 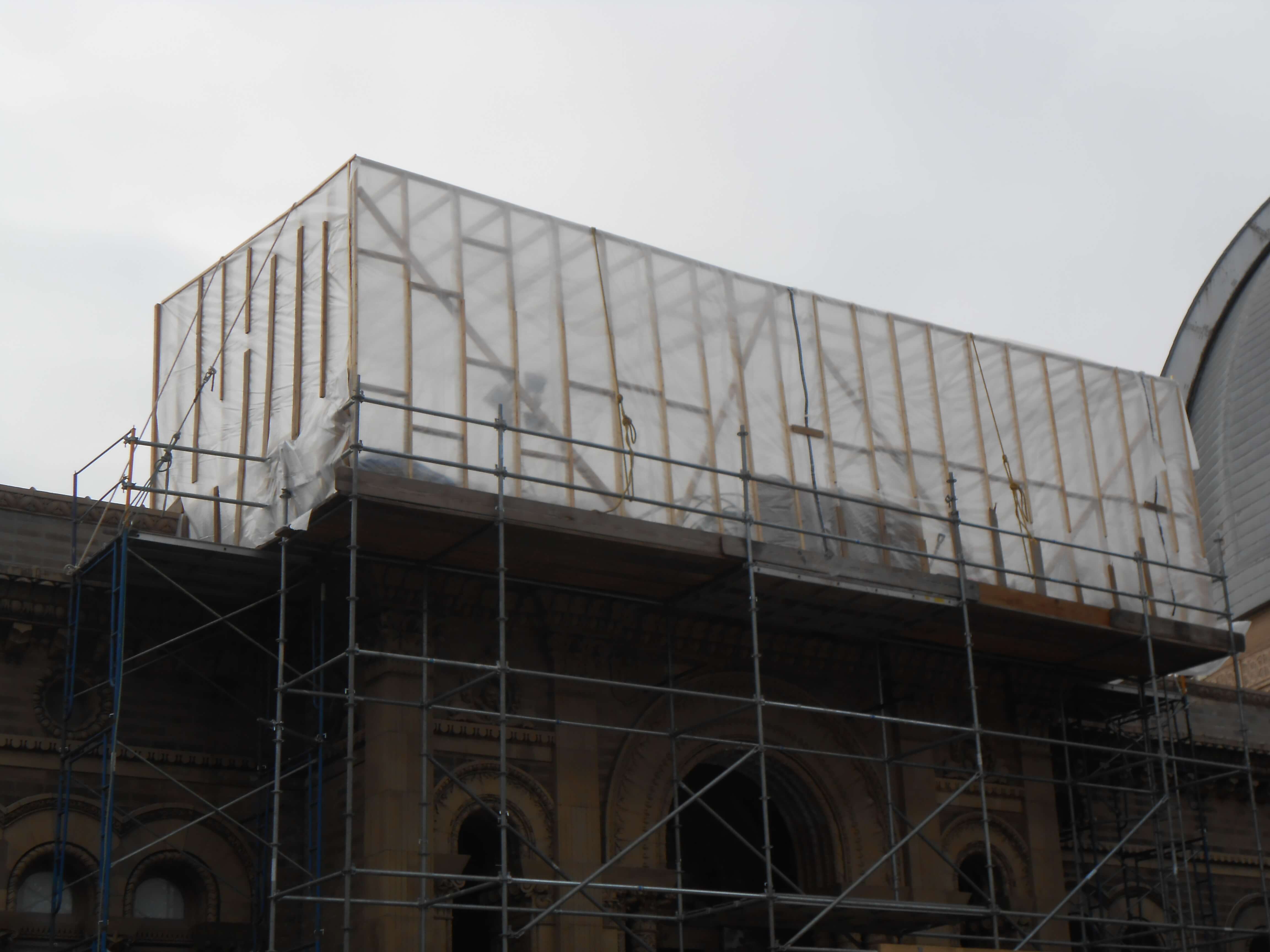 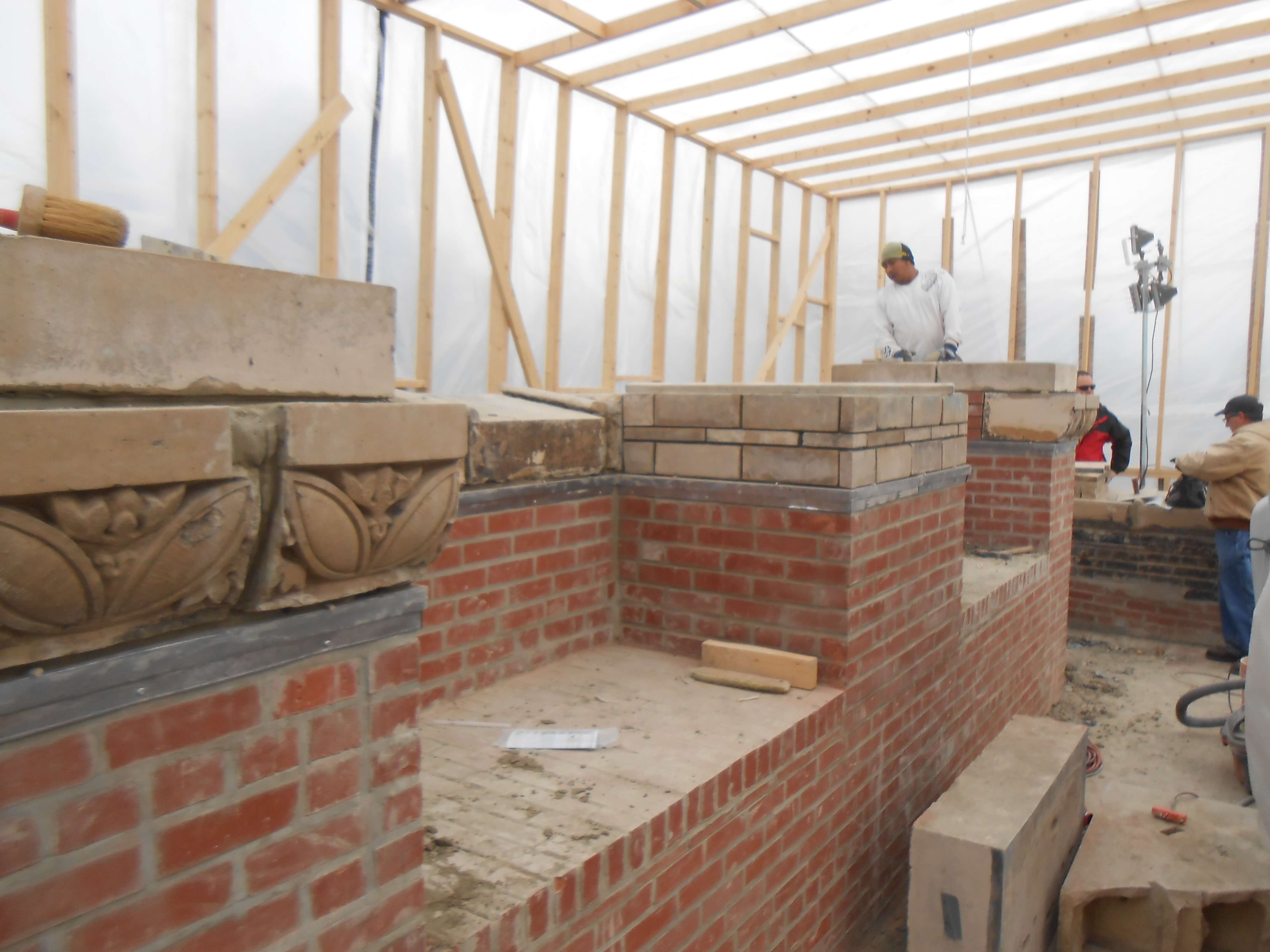 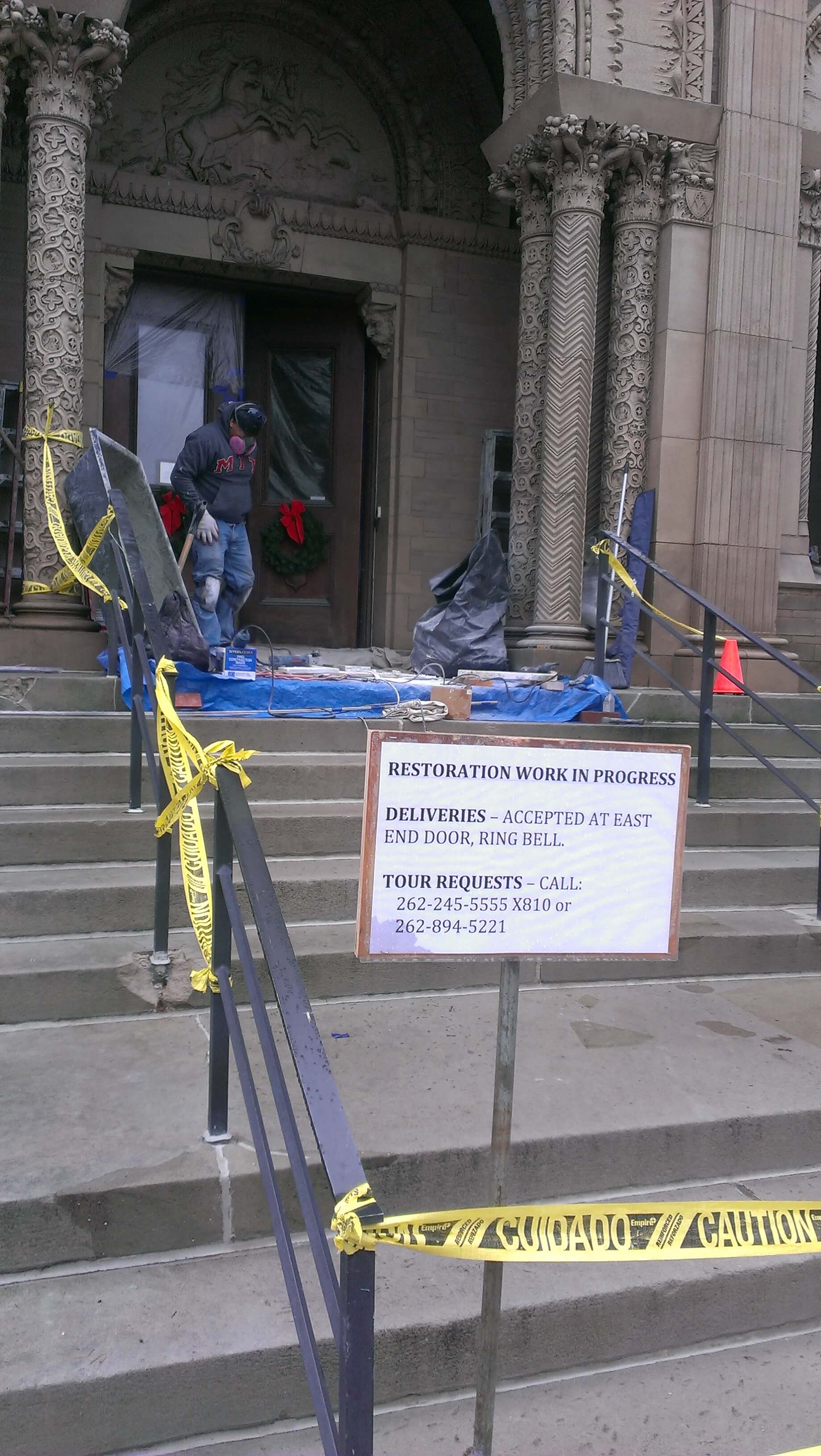 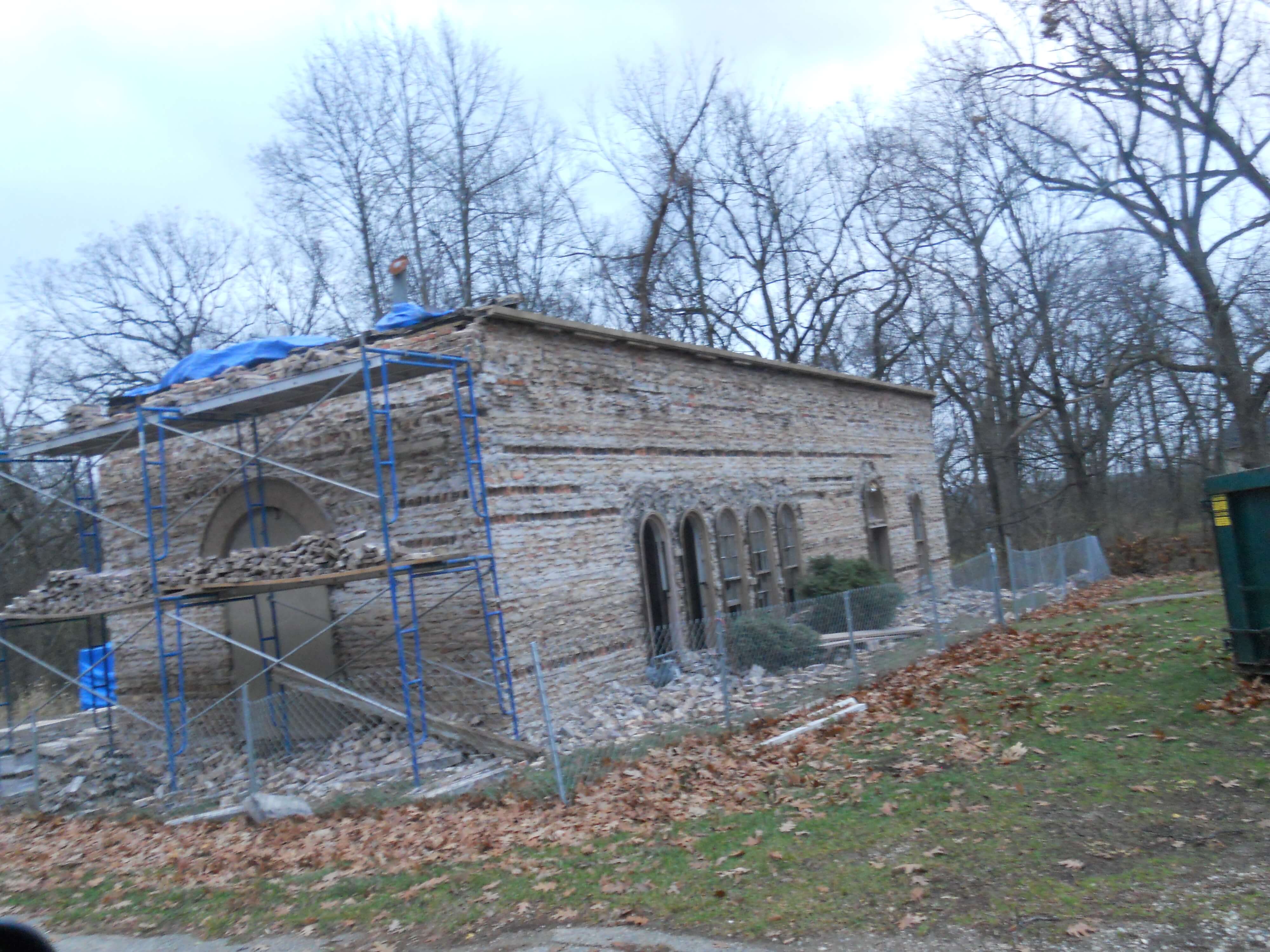